The calculation of the six levels of the minimum wage and work surcharges will change, too. 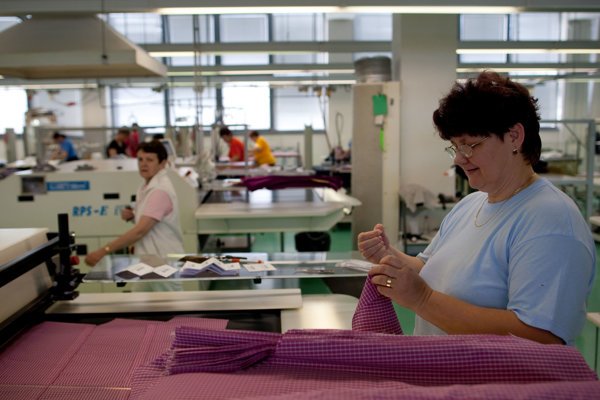 Currently, the minimum wage amounts to €580. The lowest gross earning for every hour worked will increase from the current €3.333 to €3.580.

The parliament also adopted the change to the system of setting six levels of the minimum wage based on the difficulty of a job, and the fixed amount for work surcharges, the TASR newswire reported.

What the changes mean

The amendment in fact changed the provision introduced by Smer MPs last October stating that the minimum wage must equal 60 percent of the average salary in Slovakia from two years prior. Without this change, the minimum wage would have to increase to €656 next year.

The MPs also agreed with the changes to the system of setting the six levels of the minimum wage. Currently, the five levels are calculated as a multiple of the basic minimum wage. Under the new rules, levels two through six will increase by a fixed sum of €43, the SITA newswire wrote.

People working at night will receive a surcharge of €1.43 per hour next year, SITA wrote.

After the representatives of employers and employees failed to agree on the minimum wage for next year, the Labour Ministry came up with its own proposals. 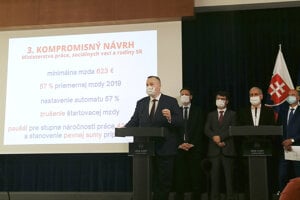 There was another conflict, though. While the trade unions insisted the increase should amount to what the formula calculated, the Labour Ministry and employers agreed on a lower increase behind the unionists’ back, causing the trade unions to walk out of the social dialogue.

Labour Minister Milan Krajniak (Sme Rodina) said on August 24 that the unions have refused to make any concessions about the minimum wage ever since the Matovič government took office in March.

Trade unions, in turn, accused Krajniak of arrogant behaviour and disrupting the social dialogue that has been building up in Slovakia for over 30 years.