Justice minister and foreign minister reject the idea that the conservative rule of law institute is a Visegrad Group project. 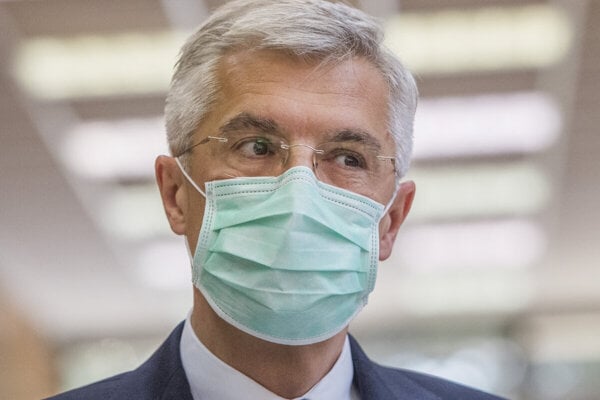 Slovak ministers have rejected attempts to bring an alternative understanding of the rule of law within the Visegrad Group.

Speaking in reaction to a statement from Hungarian Justice Minister Judit Varga about the V4 deal on the so-called "Professional Network, a Junior Program", Justice Minister Mária Kolíková (Za Ľudí) and Foreign Minister Ivan Korčok (SaS nominee) said they do not see any sense in creating alternative views of the rule of law principle within the V4 that contradicts the understanding of the principle across the EU.

They have thus distanced themselves from the rule of law institute that Hungary and Poland, two of the four partners in the Visegrad Group (V4) - a regional political grouping that has been central to Slovakia’s relations with its neighbours since the fall of the communist regime in 1989 - have announced they would set up.

Speaking to the Guardian last week, Varga said: “We need to show Europe that there might be an alternative interpretation.” She mentioned that Hungary and Poland hoped to bring other countries in the region into the initiative.

In its programme statement, the Igor Matovič government stresses Slovakia’s activities within the Visegrad Group (V4) should follow the principle of promoting Slovakia’s interests and the group’s contribution to finding solutions to common European problems.

In this case, however, Slovak Justice Minister Kolíková stressed there has not been an agreement in the V4 on creating the said initiative, and has mentioned an abuse of the V4 brand, the TASR newswire reported.