Health minister and prime minister ascribe the improvement in epidemic developments to the mass testing coupled with measures. As of Monday, the measures will change. 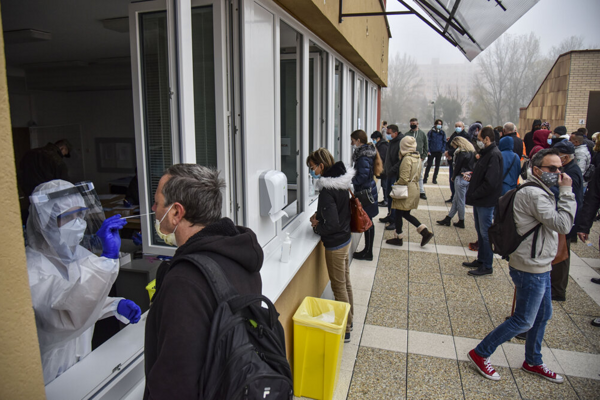 Antigen testing and measures that have been in place in Slovakia since mid-October have helped to break the rising curve of the epidemic in the country, the health minister said during his regular press briefing on Friday.

The main break in the curve occurred on November 3, Health Minister Marek Krajčí told journalists. He likened the efforts to contain the pandemic to attempts to keep a boat above water: the testing is like throwing buckets full of water out of the boat, while the lockdown measures are the plugs in the holes in the boat's bottom.

"We broke the curve, but we are still very far from a situation where we can breath with relief," Krajčí said. "If we are irresponsible, the curve will go up again." 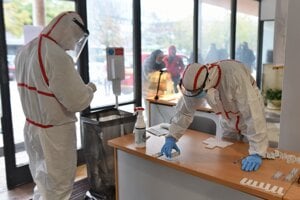 Slovakia needs an optimal testing strategy to prevent that from happening, the minister admitted.

Krajčí reported that the increase in the number of infections has dropped in most districts. The worst affected currently appear to be the central-Slovak districts of Detva, Krupina, and Banská Štiavnica, as well as the westernmost district of Skalica. While Banská Štiavnica appeared to be rather better off after the mass testing using antigen tests, the PCR tests detected an outbreak there, Krajčí said.

Despite the slow-down in the growth of new cases, the minister still expects new hospitalisations to grow in the coming days, "but not as much as we expected".

Traffic lights will be back

What he labelled positive news is the fall in the reproduction (R0) number of the virus, which has been calculated to be under 1, at 0.7 to 0.9. 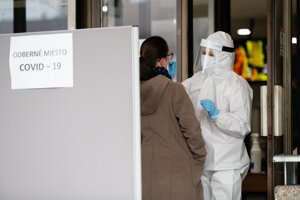 "If we went on at the same pace with testing and measures the way we have so far, after some time, not too long a time, we would eliminate the virus from our lives completely," Krajčí said, while admitting that this is obviously not happening because there will not be mass testing every week.

The seven-day incidence of the virus remains high in Slovakia, the nationwide average is currently 1,815.

The Health Ministry will introduce a traffic light system for epidemic management for the whole country. The country will then switch to this system under two conditions:

As of Monday, November 16, Slovakia will adopt the European (ECDC) methodology to deem countries risky and less risky. This will make Hungary, Austria and Poland red countries. People coming from red countries need a negative PCR test no older than 72 hours.

Originally, cross-border workers should have shown negative antigen test no older than two weeks. This has changed, though, and they will not be required to show any test result. They will still need to be able to prove they are working in the neighbouring state.

Cinemas, theatres and churches will open

The Pandemic Commission has meanwhile approved some opening from Monday, November 16:

Theatres, cinemas and churches will be allowed to open at 50-percent of their capacity. They have been defined as posing the least epidemic risk.

Gyms and swimming pools will also be allowed to open with a limit of one person per 15 sq metres of area, but no more than six people.

The second ice-hockey and football league will be allowed to run, although without spectators. Top competitions in football, ice hockey, volleyball, basketball and handball have already been allowed.

As of November 16, pupils from a disadvantaged environment who do not have suitable conditions for distance learning will be able to return to school and attend classes in small numbers, the Education Ministry stated.

"This is a mild breath of freedom, but dramatically less than if we said we were going into community testing," PM Igor Matovič told the press.

He and Economy Minister Richard Sulík have had another major falling out, when Sulík criticised the prime minister's idea to assign restaurants, gyms, churches and other organisations to organise on-site testing, which he called "community testing". Matovič repeatedly called on Sulík to come up with his own plan if he is happy with neither the "community testing" nor with a lockdown.