‘Miletička’ brings back childhood memories for the Austrian ambassador

Margit Bruck-Friedrich first discovered the iconic open-air market, which she adores, on a rainy day. 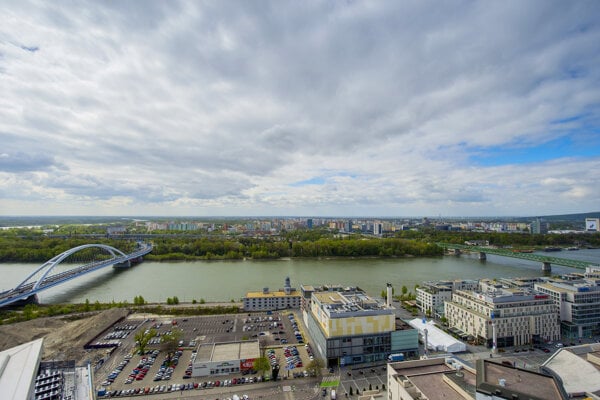 Austrian Ambassador Margit Bruck-Friedrich is the last guest to talk about the Slovak capital in the Bratislava series of the Spectacular Slovakia Podcast. (Source: TASR)
Font size:A-|A+  Comments disabled

With a distance of under 60 kilometres between them, Bratislava and Vienna are the closest capitals in the European Union. Austria’s capital has become a regular day-trip choice for Bratislavans, but how often do the Viennese come to the Slovak capital?

“Not as often as they should,” claimed Austrian Ambassador Margit Bruck-Friedrich in the Spectacular Slovakia podcast. "We really have to get people from Vienna to Bratislava more often."

The Viennese native regularly invites friends and family to Slovakia’s capital to spend a weekend here and to explore its beautiful Old Town and sites along the Danube.

Although Bruck-Friedrich enjoys her time in Bratislava, not restricting herself to the city’s well-known spots, she believes “it is also important, when trying to bring people to Bratislava, to show them the beauty of surrounding villages.”

The city behind the Iron Curtain

In this podcast, the ambassador describes ‘how much more colourful Bratislava is’ compared to the past, with plenty of new cafes and shops. She appreciates how easy it is to reach the city from Vienna as well.

While many Austrians come to Bratislava nowadays to explore its beauty, to party and to enjoy ballet and opera, or even to study, this has not always been the case.

“‘When it comes to my parents’ generation, coming to Bratislava was not an option for so many decades,” Bruck-Friedrich said.

Under communism, for Austrians, Bratislava was the city right behind the Iron Curtain that they could see but could not get to. However, before communism usurped the power in then Czechoslovakia, the relationship between Bratislavans and the Viennese was completely different. 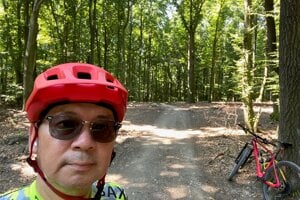 Listen to the podcast To this Japanese ambassador, Bratislava is a cyclist’s heaven Read more

The ambassador’s grandfather’s generation frequently got on a tram, running between Vienna and Bratislava from 1914, and came to Bratislava to meet people for coffee.

Bratislava as an open-air museum

The ambassador does not collect stamps, nor does she party, but she loves walking alongside the riverbank and around the city for a mix of architectural styles seen in Bratislava, ranging from ancient houses through the reversed pyramid radio building to the modern art museum of Danubiana.

"Sometimes, it is like walking through an open-air museum," she said, adding that this is especially true now that the streets are emptier because of the pandemic.

The ambassador has been posted in Slovakia since early 2019 and has noticed that many construction projects have been or are being realised in its capital, notably by the Danube, such as the multifunctional centres River Park, Eurovea and Sky Park.

“There are many areas where you see a lot going on,” Bruck-Friedrich claimed. “It will be interesting to see how those very modern parts and the old parts will eventually come together.” 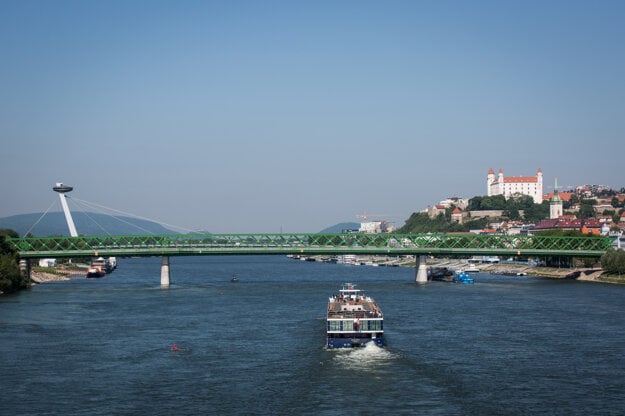 In the meantime, she enjoys spending her spare time around the Danube. She often starts her walks at Eurovea, crossing the Old Bridge and walking further on to the SNP Bridge, while enjoying spectacular views of the city’s skyline on the other side of the riverbank, and back.

The Danube is an integral part of the city unlike in Vienna, where the river flows further off the city into the Danube Canal, a former arm of the Danube, that borders Vienna’s city centre.

“I very much enjoy the way Bratislava integrated the Danube into its city life,” the diplomat said, admitting Vienna can learn from the Slovak capital how to make use of the river to the benefit of its citizens.

‘I love the Miletičova market’

One of the places in Bratislava where she feels at home is the legendary open-air market on Miletičova Street. It was a cold day when she visited the market for the first time, with very few people and products around, unfortunately.

“But then I saw pickled vegetables, which kind of brought back my childhood memories,” Bruck-Friedrich reminisced about her first visit to the market referred to as ‘Miletička’. 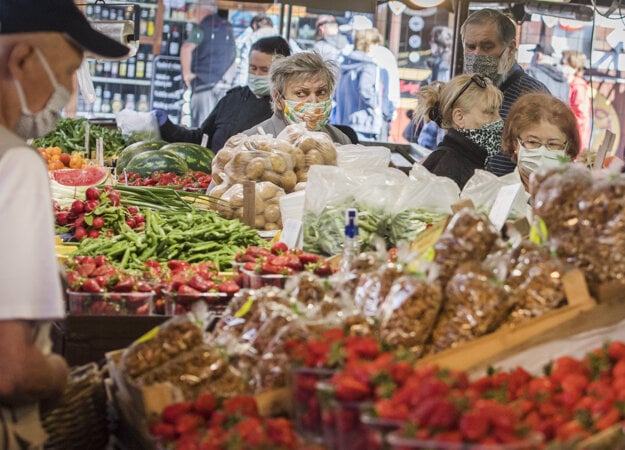 The open-air market on Miletičova Street in Bratislava. (Source: TASR)

She also learned the Slovak word for garlic when buying langoš, a fried flatbread, at the market.

“I love the Miletičova market,” said Bruck-Friedrich, adding that she has found her favourite stalls by now.

The ambassador also loves ballet and jazz music. In Bratislava, she has frequented venues such as the legendary V-klub, also known as ‘Véčko’, and a cosy jazz winery called Art Vinotéka Kramáre. On the list of her favourite spots, the Old Market Hall and Bistro St. Germain can also be found.

Bratislava, undoubtedly, offers a lot of spots to visit and activities to do, but Bruck-Friedrich points out that nearby towns such as Modra, Pezinok, Budmerice and Častá, surrounded by vineyards, are worth a visit too.

In addition to winemaking, Modra is famous for its pottery, but you can also find many ice cream parlours here according to the ambassador. In Pezinok, dotted with wineries, she enjoys her visits to the Šimák Castle and its glass art gallery. 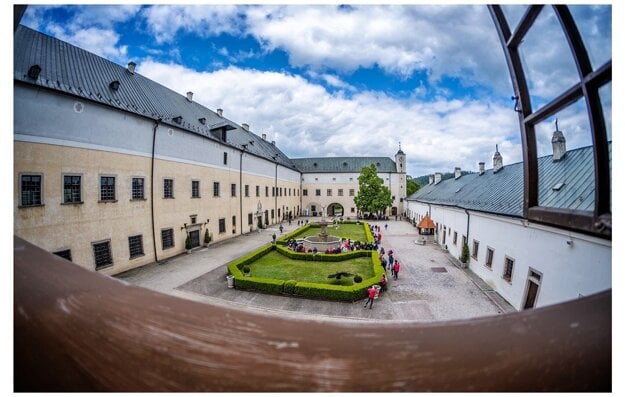 To the Červený Kameň castle in Častá, she returns for flea markets. In Budmerice, it is the manor house, resembling a castle on the Loire river in France, and its park that she finds beautiful and worth visiting.

Unlike the popular Častá castle, the ambassador says the Budmerice manor house remains a ‘sleeping beauty’.