Some 1.5 million people tested so far

The weekend results of nationwide testing have not been published. 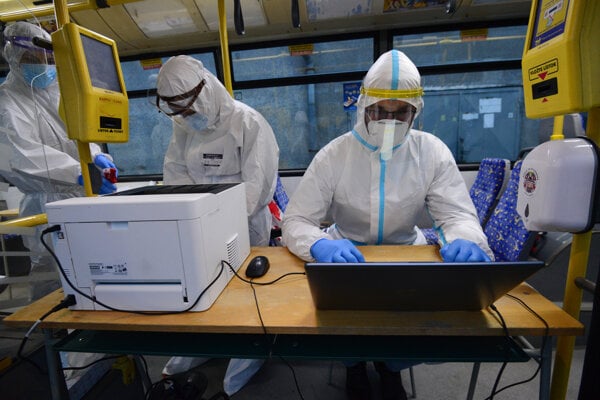 More than 1.47 million people have been tested since the beginning of the nationwide testing, which the government has now dubbed as screening, on January 18. More than 21,500 tests were positive, which represents some 1.5 percent of tested population, the Denník N daily reported.

The rate may still change as the government has still not published the official data after the weekend testing, when several municipalities opened ad hoc mobile testing sites to satisfy their inhabitants.

Altogether 1.303 million tests were carried out on Saturday, January 23, and 9,979 were positive (or 0.77 percent), said PM Igor Matovič (OĽaNO) when presenting the temporary results on January 24. 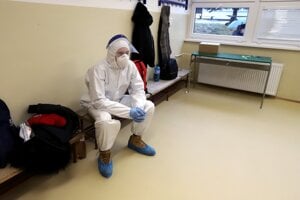 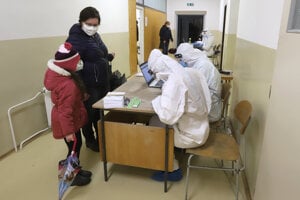 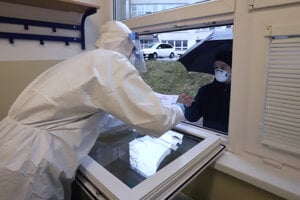 Altogether 3,791 testing sites opened across the country on Saturday, with more than 20,000 people helping. This included 2,472 soldiers, more than 1,500 police officers and 391 employees of district authorities, said Interior Minister Roman Mikulec (OĽaNO), as reported by the SITA newswire.

The highest rate of positive cases was revealed in the Revúca district in the Banská Bystrica Region. While the representatives of the government called it a surprise, analysts from the Data Without Pathos group commented that they had warned of this hotspot already in mid-January; and that they had even sent this information in an email addressed to the prime minister’s office, the office of Investments Minister Veronika Remišová (Za Ľudí), and the office of President Zuzana Čaputová.

Bratislava Region with a positive rate below 1 percent 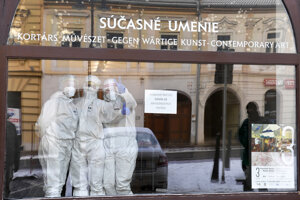 The preliminary data suggests that only 0.79 percent of tests carried out in Bratislava Region were positive.

The highest rate in Bratislava was reported by the Čunovo borough, with 1.28 percent, representing 13 people of 1,015 tested. Second was Podunajské Biskupice with 1.15 percent and Vrakuňa with 0.99 percent. On the other hand, the lowest rate of positive cases was reported by Jarovce (only 0.38 percent), SITA reported.

Regarding the entire region, the highest share of positive cases was reported by the town of Senec with 1.42 percent, while the lowest share was in Svätý Jur with 0.38 percent.

Meanwhile, testing in Bratislava continues. More than 30 mobile testing sites are expected to open in the coming days, increasing the weekly capacity of testing to 100,000 tests, the TASR newswire reported. 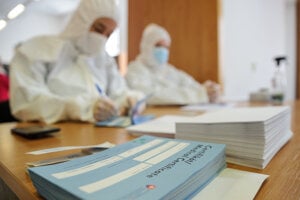 The Nitra district held the third round of mass testing the previous weekend. It was attended by more than 42,000 people, 324 (or 0.77 percent) being positive.

The city is planning a fourth round, scheduled for January 29-31, said Mayor Marek Hattas, as reported by TASR.

The city is keeping five of its large-capacity testing cites open, and people can get tested at U.S. Steel Košice, TASR wrote.