The death of white nationalism in America

What appears to be a hateful monster awakening is, in fact, the writhing contortions of a sick animal aware of its own impending death. 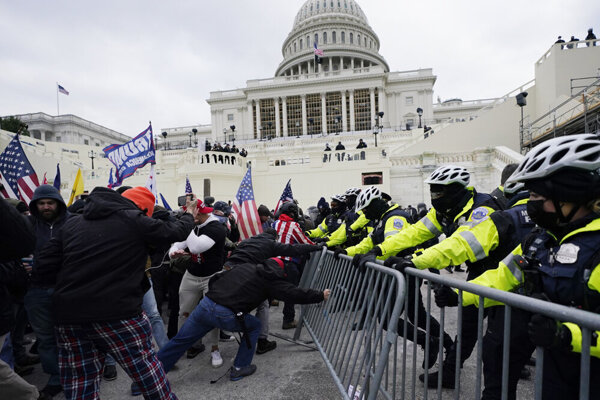 January 6, 2021, will be a date that will be forever embedded in the minds of Americans, the date on which a mob of mostly white pro-Trump supporters, incited by a president’s baseless claims of a fraudulent election, stormed the U.S. Capitol, leaving five people dead.

Clearly, the D.C. police forces were ill-prepared to control a group of this size, although commanders had been warned that the coming gathering would require a significant police presence. There is also suspicion that some members of Congress provided reconnaissance visits to the Capitol the previous day to show would-be protesters the layout of the property. Finally, after courts dismissed over sixty claims of voting fraud, and following the aftermath of this horrendous attack on our house of democracy, some members of Congress continued to push President Trump’s false claim that he had won the election.

The truth will come out, as it eventually does in a democracy. And on January 20, 2021, Joseph Robinette Biden was sworn in as the 46th president of the United States. President Biden is calling for healing and unity. But how can Americans heal after viewing the shocking footage of the attack on the Capitol? How can we unify when even members of Congress are suspected of sedition? These are questions I cannot answer.

America, long arrogant over its perceived superior form of government, can no longer retain that rich air of smugness. It is still inconceivable that our democratic system enabled a huckster with autocratic ambitions to rise to such power. The question of how a nation like Germany allowed a demented dictator like Adolph Hitler to come to power has now been answered. I am ashamed that we, the American people, somehow allowed this to happen.

We find ourselves in very dark times. Self-described militias have organised to oppose the government. America’s gun-crazy ethos fails to protect ordinary citizens while giving extremists the ability to fight the government and attempt to kill elected representatives. Our government has held together, but just barely. Dark times, indeed. Yet there is light just over the hill.

As the writer and essayist, Anand Giridharadas, pointed out on a news analysis programme, the recent events do not signal the beginning of a dark period for America, but the end of one. We are witnessing the funeral of white supremacy. These painful events are a backlash by the outdated and outmoded male power that once ruled our institutions at all levels of society. White supremacists mourn the time when they could claim to be the de facto Americans, with the rights and privileges bestowed upon them based upon their proud European ancestry. They are afraid of a browner, more inclusive society and do not wish to share their self-professed rights and privileges, once their only real power, with anyone else.

Former President Trump stoked the fears of White extremists, reviving a dormant racism that had never really resolved. He banned Muslims from entering the country, made a portion of the public fearful of imaginary “caravans of migrants” approaching the homeland from the south, separated migrant families at the border, and placed migrant children in cages. City police forces were too often excused by the courts for the senseless killing of minority citizens, mostly Black. And, admittedly, a large portion of White America supported Trump and his racist views.

But America has reached a tipping point. After too many years of ignoring racial issues and accepting inequality with gross complacency, White America is awakening to the fact that our perceived “equal under the law” tenet remains nothing more than an ideal that is demonstrably divorced from reality. The Black Lives Matter movement is the largest civil rights movement in the history of the United States and includes people of all races. While Blacks and others of non-European ancestry have grappled with inequality their entire lives in America, it is only recently that Whites were forced to confront racism in our society on nearly a daily basis as countless videos of minority mistreatment appeared on news programmes and social media. Mass shootings at a Hindi temple, a mosque, a Black Baptist Church, and a Jewish synagogue; these only served to further outrage an already outraged citizenry.

What appears to be a hateful monster awakening is, in fact, the writhing contortions of a sick animal aware of its own impending death. It is a backlash from extremist Whites who see that America is changing and the once-powerful are losing their power. Former President Obama, the first Black man to be President of the United States, was loathed by some– for being Black. Although President Biden is White, his vice president is a woman(!) of both Black and South Asian heritage, a “triple whammy” against White nationalists.

It will require a generation or more to fully accept this new modern America, but it will happen. Our nation is being reborn as a majority-minority multiracial democratic superpower that reflects all nations of the world, the wonderful stew of different peoples and cultures that it truly is. We must accept and embrace this new paradigm or be lost. Those who resist the change are but the barnacles on an old ship that has long since sailed.