Prešov cemetery is an architectural jewel, receiving praise from abroad

One global award has already come the cemetery's way. 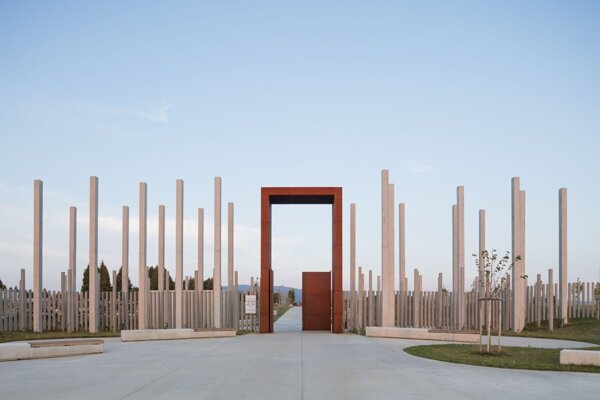 The ongoing annual European Union Prize for Contemporary Architecture - Mies Van Der Rohe - is considered to be the most prestigious award for architectural work. There are currently 449 nominated works from 279 cities in 41 countries as written in the daily Korzár Prešov newspaper.

This year, Slovakia is responsible for six of the nominations, including one for the cemetery in Prešov. The family responsible for this work, the Macejko family, has already received a global award in the past.

There are no possibilities of entering the competition, only being nominated by authorities from individual countries. Therefore, the nomination was considered an honor by the authors of the project, Andrea Macejková, Miro Macejko, and their son Adam Macejko. 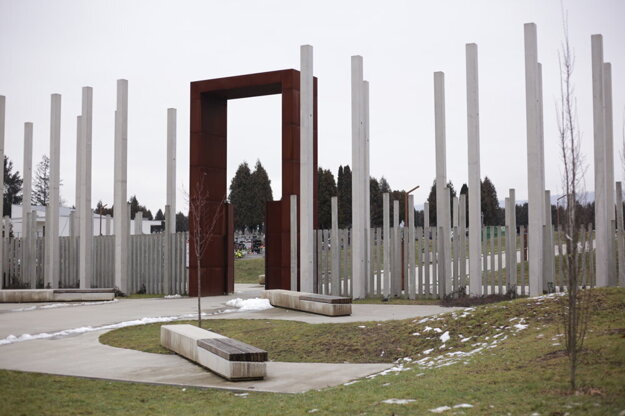 Adam Macejko said, "It's as if you were nominated for an Oscar. It is a continental event, signifying the fact that Slovak architecture is making it to the world map."

Marek Tkáčik and Martin Marušinec also contributed to the project.

The idea was not only to build a place of reverence for those now resting in peace, but a park that has been missing from the neighborhood. It is a unique concept.

Adam Macejko added, "This is only the first stage, it will be expanding in the second. The plans are to create a forest park with the cemetery."

The planted greenery will contrast with the concrete surfaces of the walkways and the tombstones.

The flat area was the intention of the architects to create an optical breakdown, accompanied by the tombstones. It creates unique horizons, corners, and views - "a world of the living and the dead in close contact."

The concrete walking paths divide individual burial grounds and contrast with other winding walkways. The main ones always have a bench, allowing for contemplation. The section that has become a favorite in the area is the expanse of water according to Macejko. 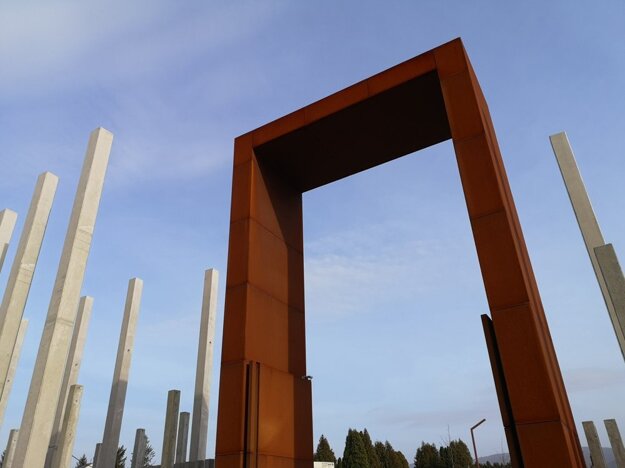 Entrance gate is the staple

The entrance dominates the architectural work. The monumental entrance gate is the iconic component that also serves as a point of orientation.

The whole area is surrounded by a pillar fence made of concrete that serves more as a boundary mark than a physical barrier. There are even taller pillars near the entrance, which represent the connection between two worlds.

In the making for many years

It took more than 20 years to find the location of the project. The first preparations were made in 2003 when the city announced an anonymous urban public tender.

Thanks to the tender, projects were chosen based on quality, not the lowest price. The project gradually continued, but buying the properties on which the cemetery would stand was only approved in 2009.

The building permit for the first stage was granted in 2011 with the condition of conducting an archeological surveying that would postpone the actual building. 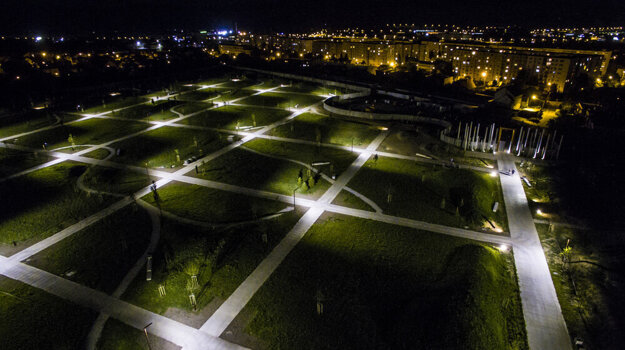 The exploration confirmed that the location was seated land during the Neolithic era. They also uncovered other Slavic seated lands from the Hungarian principality. There are several historical findings presented on informational panels in the cemetery area.

The building permit was drawn up only after the surveying in 2014. Building commenced in 2015 and in 2017 the first stage was completed with final building approval.

Despite modern architecture often receiving criticism, the authors did not receive any negative feedback.

Macejko added that "people went for walks even during the process of developing the project, because the neighborhood had never before offered anything like this."

The only thing the creators are not satisfied with is the lighting, which does not function in every area of the project, even though the work has become famous in a European context. The creators are claiming that maintenance of the area could be improved.

The project already won the Big See Award in 2019 in the Country and Urban space category. The European Union Prize for Contemporary Architecture in which the cemetery project is nominated was significantly impacted by the Corona crisis. The results of the tender have been postponed to 2022. 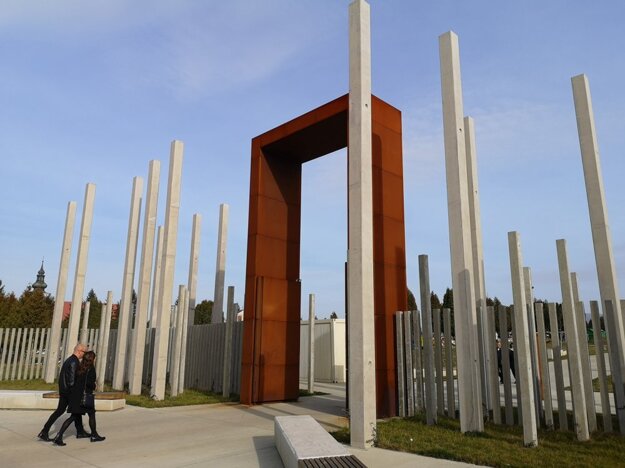