It comes from the roselite family and has a white, almost pink coloration. 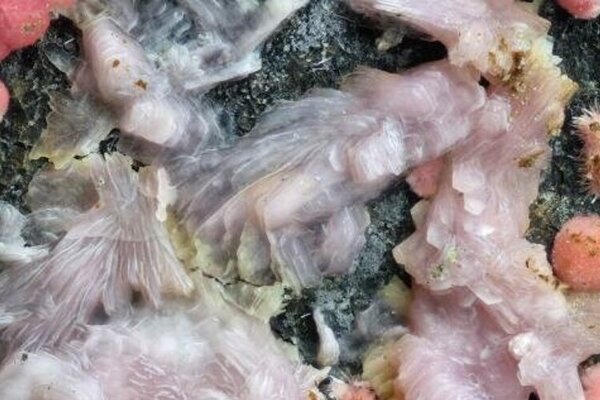 Mineralogists from the Earth Science Institute at the Slovak Academy of Sciences (SAV) have discovered a new mineral in the Slovenské Rudohorie mountains.

The mineral is white in coloration, but a mixture of cobalt gives it a light pink hue.

Commission on New Minerals and Mineral Names announced at the beginning of February 2021 that the mineral was classified as the 23rd mineral found on Slovak soil, said Katarína Gáliková, spokesperson of the SAV, as reported by the Korzár regional daily.

The new mineral is named Dobšináit, after the location in which it was found: Dobšiná, near the Slovenské Rudohorie mountains.

It belongs to the roselite family of rare arsenate minerals.

In this location, the ore veins, or the mounds of rock containing ore, represent a significant accumulation of nickel and cobalt in the Western Carpathians. Martin Števko from the SAV’s Earth Science Institute explained that “Dobšiná used to belong to the most important producers of these metals in Europe”.

Together with his colleagues from the National Museum in Prague, Masaryk University, Moravian Museum, and the Institute of Physics at the Czech Academy of Sciences, Števko contributed to the discovery of this mineral.

The Earth Science Institute in Banská Bystrica also confirmed the nature of the mineral through chemical analysis with an electron microanalyser in a detached geological workspace.