Škoda cars and the West-East abyss. What do they share?

Here is your weekly roundup of travel and culture stories. 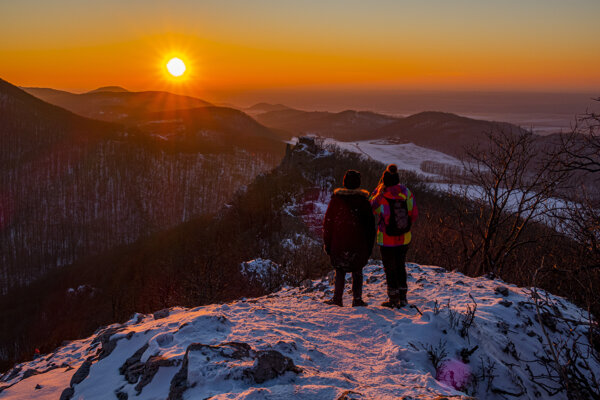 Tourists watch the sunset over the ruins of the Ostrý Kameň castle near the village of Buková, Trnava Region, on February 16, 2021. Scroll down to watch a video. (Source: TASR)
Font size:A-|A+12

The piano became part of his life as soon as he turned six. The Australian-Slovak pianist Ryan Martin Bradshaw is only 14 years of age, but he has achieved an awful lot in his career.

Having won multiple awards and played at well-known concert halls around the globe, he has recently announced: “From now on I am a residential soloist of the Slovak Radio Symphony Orchestra.”

Bradshaw lives in Bratislava, attends the British International School and as of 2016, he has studied at the University of Music and Performing Arts in Vienna.

Alpine safety in snow to increase in the Tatras

Four boards, to assist in checking if your avalanche transceiver runs properly and manufactured by the Austrian firm PIEPS, have been installed in four locations, including Hrebienok and Štrbské Pleso. Read how the system works.

One of the Bratislava towers, known as Kukurica (Corncob), located in the Nové Mesto borough, will get an overhaul. The Defense Ministry and the armed forces will then use this 82 metre tall building. It used to be the highest residential building in the city.

Athens and Rome meet in Trnava

The city of Trnava was the first town in the territory of Slovakia to receive royal privileges. It used to be nicknamed Athens, and it is now known as the Slovak Rome for the many churches dotted around the city.

The Ostrý Kameň castle ruins in the Trnava Region.

Old Škoda cars parking in a dead-end street. Why?

Back in 2001, Roman Ondak created the SK Parking installation of seven legendary Škoda cars – popular in the communist era and in the nineties – for a Vienna exhibition, reflecting on the 1989 collapse of communism after which eastern Europeans believed in the dream of a better future.

The political reality soon revealed that the hopes associated with this dream were an illusion.

When citizens of Vienna began to see more and more Škoda cars parking in the Vienna streets in the early nineties, they grew suspicious of poor eastern Europeans. The “Do not steal!” signs were pinned to the front windows of Vienna supermarkets in both Slovak and Czech. 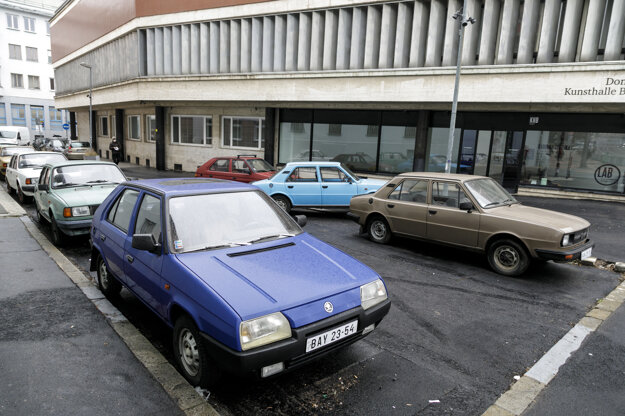 The 'SK Parking' installation outside Kunsthalle in Bratislava. (Source: TASR)

Twenty years ago, Ondak used old Czechoslovak cars to point to the post-revolution differences in self-confidence, language skills, economic opportunities, education of people in the West and the East, which have not completely faded to date.

“They were a reflection, an emotional metaphor for the difference between two parallel economies and cultures existing in close proximity,” Lýdia Pribišová, curator of today’s SK Parking exhibition outside Kunsthalle in Bratislava, said.

The reinstallation of Ondak’s work invites people to think of why the Škoda cars parked in the dead-end street by Kunsthalle remain relevant today. 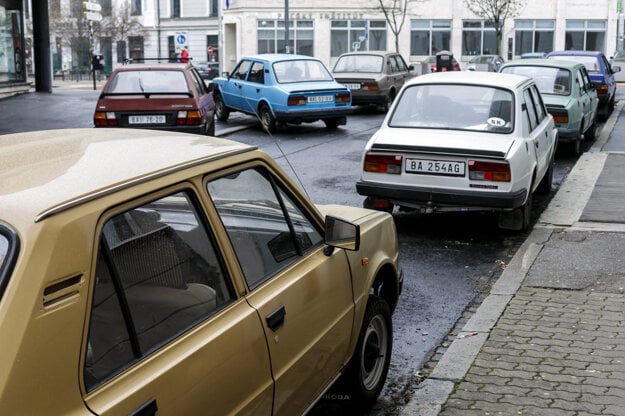 Roman Ondak first exhibited his work in 2001 in Vienna. Today, the Škoda cars park outside Kunsthalle in Bratislava. (Source: TASR)

Do they keep mirroring the aforementioned differences? Or does the display raise other issues such as the Bratislava parking policy and the clash between still present and cumbersome practices originating in communism and ideals and needs of progressive people working in the public sector?

The exhibition runs until March 14.

This year, six architectural works from Slovakia are nominated for the Mies Van Der Rohe Award, a prize recognising the best of contemporary architecture in Europe. One of them is a city cemetery in Prešov that includes a forest park, bringing the world of the living and the dead in close contact.

Overprinted by mistake, but most precious. This is the rarest Czechoslovak stamp

People may know of the rare Blue Mauritius, but the world's most expensive stamp is the British Guyana. Stamp collector Pavol Lazar reveals why it may be a good decision to invest in stamps and why some counterfeits are more expensive than their originals. 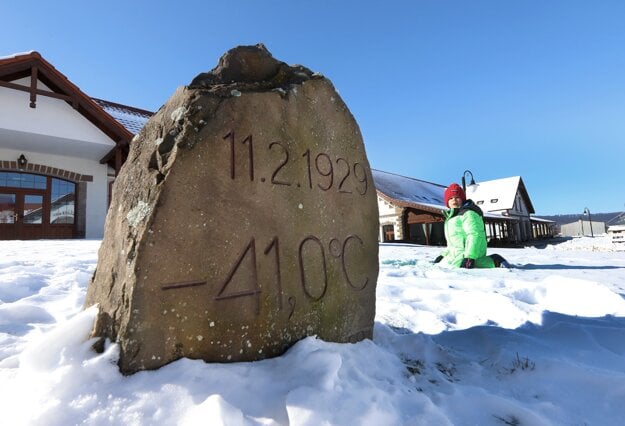 In the place where the Masarykov dvor equestrian and sports area, located in the settlement of Vígľaš-Pstruša, central Slovakia, stands today, the lowest temperature in the entire history of Slovakia, – 41°C, was measured on February 11, 1929. (Source: TASR)

This week, you can listen to the song titled Ukáž vrecká (Empty Your Pockets) by Billy Barman.

The Bratislava-based alternative rock band is nominated for several Radio_Head Awards, including Best Album and Best Song, this year. In the latter category, two Billy Barman songs compete against three other songs.

If you register, you can vote for your favourite artists and songs until March 14.

That's it for this week. Have a lovely weekend!