Slovakia has one of the most beautiful national parks in Europe

Bratislava has turned Italian and will become French soon. Musical vaccine for Slovakia. Find out more in the roundup. 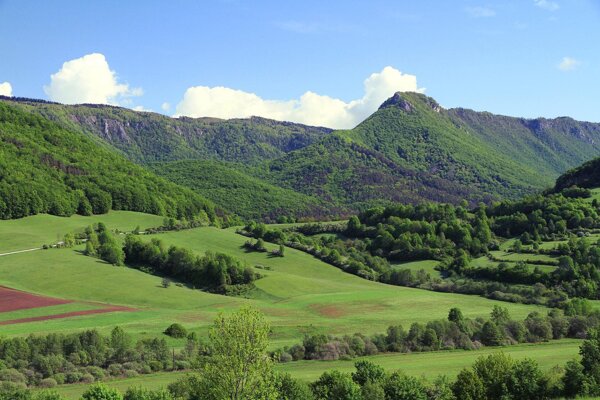 As you read through this week’s roundup, have a listen to a new single by the Slovak band Smola a Hrušky that features Mirka Miškechová. The upbeat and optimism-radiating song Vakcína reflects on today’s polarised society – some people reject the vaccine and underestimate the pandemic, while others follow facts and want to get jabbed.

The website analysed ratings, reviews, location, and size of hundreds of European national parks before it published a list of the most prestigious national parks in Europe. Slovak national parks achieved an average score of 9.69 out of 10, which places Slovakia behind Ukraine and Slovenia. There are no big gaps in the scores of countries on the list, though.

“Once again, it turns out the coexistence of people and nature is a reality and not something to be halted,” said the Slovak Forestry Chamber, adding foresters in Muránska planina prove that they can look after nature even in national parks. 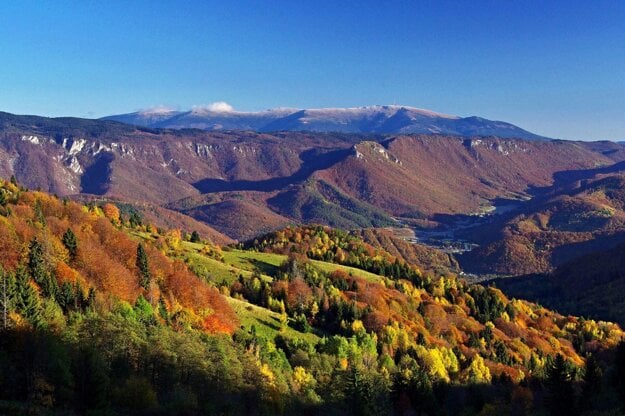 Muránska planina, located in the Banská Bystrica Region, was declared a national park in 1997. It is home to more than 500 caves and hundreds of animal and plant species, including popular ground squirrels.

With ski tows shut, here’s how skiers reach a hilltop

The Jahodná ski resort near Košice and the Mýto pod Ďumbierom ski resort near Brezno are not bothered by Covid restrictions. Because ski lifts have to be turned off, they have come up with another way of taking skiers up the hill.

Spruce and arbor-vitaes in a Banská Bystrica city park, a national cultural monument, are being cut. A total of 47 new trees such as sycamore maples and English oak will replace them.

A swing hidden in a beautiful Kysuce spot

A group of friends decided to install a swing on a hill outside the village of Oščadnica, Kysuce region. The swing hangs on seven metres of rope, and anyone can enjoy a spectacular view of the surrounding hills.

Liptovské droby, sausages from Liptov, now protected by the EU

Another Slovak food specialty, Liptovské droby, has been added to the EU protected geographical indications and protected designations of origin register.

Liptovské droby is a unique kind of sausage made using traditional methods. The special characteristic of the product is the potato filling with pork cracklings and spices, contained in casings of natural pig or bovine intestine, as described in an application sent to the EU.

The earliest written record of Liptovské droby, traditionally served with sauerkraut and bread, comes from a 1944 cookbook.

Nevertheless, the potato cultivation in the Liptov region dates to 1750, and it has always been an important area for growing potatoes in the country. Slovaks even nickname potatoes their ‘second bread’.

Tourists and visitors to the Liptov region can taste the regional delicacy at fairs, feasts, restaurants, the open-air museum in Pribylina, Liptov settlements, as well as at the Švábkafest potato festival.

Twenty-four food and drink products from Slovakia, including wines and cheeses, have been protected by the European Union so far.

The short film Ulička (The Alley), directed by Pierre Fabo, describes a love story between the Jewish girl Esther and the Christian boy Johann during the times of the Slovak state, despite facing opposition from his family. What choices will others make in the face of their love? With English subtitles (CC). 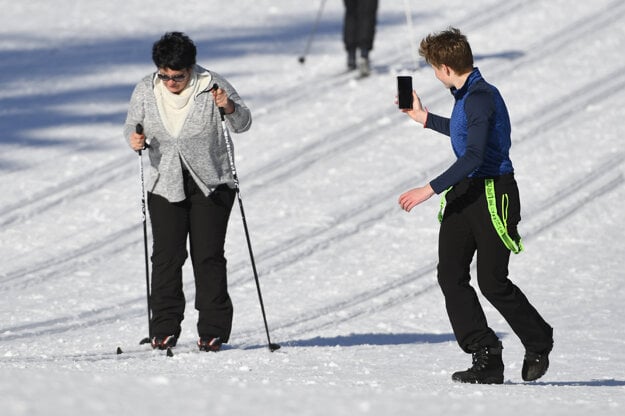 The venue where Public Against Violence was founded up for modernisation

The Umelka gallery, near the Eurovea mall in Bratislava, has been serving artists for almost a hundred years, and has witnessed a few turning points in Slovak history. It is headed for a renovation so that it can revive its good old days.

Today, the name Johann Sebastian Bach is associated with the German Lutheran environment, but it is possible that his Prešporokian roots were once talked about right in Prešporok (Bratislava), although this has been almost completely forgotten over the centuries. The Bach family lived in the city from the second half of the 16th century to the 18th century, historian Frederik Federmayer claims.

This week, we will finish off the newsletter with an animated music video by the Čendeš band, which finds inspiration in Ruthenian folk music and traditions. Nevertheless, they wrap up folk themes in different music genres.

The latest single Horila sosna – by the way, a well-known wedding folk song - is a perfect example of how good they are at their music craft.

“I am a musician, and I have played at many weddings. This arrangement follows a wedding as it evolves, from the seriousness of the ceremony through the atmosphere of čepčenie (a wedding tradition manifesting the transformation of a single girl to a married woman) to the fun,” said double bass player Jakub Stračina.

Although the wedding is seen as a gathering of happiness and love, the band’s rendition of the song sounds rather dramatic. To preserve the agreeable aura of the wedding, Čendeš decided to go for the artful animated video created by animators Andreas Dao and Tomáš Biely.

That's it for this week. You can find all the roundups here.

Have a great weekend!

Thank you for singing up. Shortly an email will be sent to the address you provided to verify your e-mail.
Error! Please try to register again later, your e-mail was not registered.
Your email is not in a correct format.
Please confirm you are not a robot.
Share on Facebook (618)Comments disabled