Igor Matovič stepped down as PM

Matovič said on March 28 that his demands from last week are forgotten and he proposed to swap posts with Finance Minister Eduard Heger. 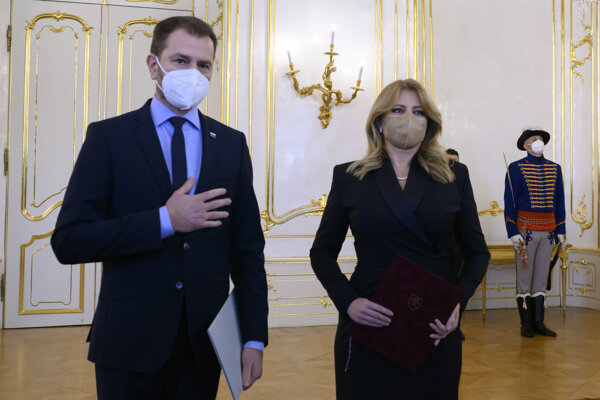 The resignation of the prime minister automatically means his entire cabinet ends with him, according to the Slovak constitution.

"It was only one year but I feel like it was ten," said outgoing PM Igor Matovič in his speech after resigning. "I ask your forgiveness for all the mistakes I have committed. Don't worry, all will be well and you can trust Edo," he added, referring to Eduard Heger. 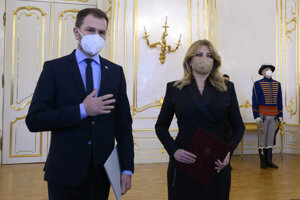 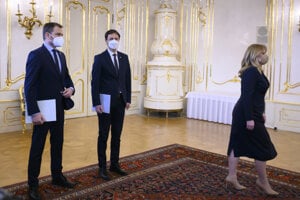 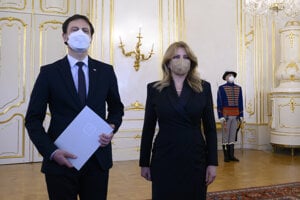 Most of the ministers serving in the current cabinet are expected to return, including those who resigned in the past few weeks.

Slovakia awaited the resignation five hours longer than originally stated. Matovič arrived at the Presidential Palace in the afternoon, following the governmental session where the government accepted his resignation.

Igor Matovič's cabinet was assigned to continue working until the new cabinet is appointed, a constitutional provision to make sure there is always a government in office.

Eduard Heger thanked Matovič and stressed that he is not leaving because of murders or suspicions of corruption but to bring peace.

A month of negotiations

The crisis has lasted practically all of March, and Matovič’s cabinet has lost a total of six members.

Freedom and Solidarity (SaS) and Za Ľudí were asking Matovič to step down, while Sme Rodina continued saying that it has no personnel demands.

From our archive: Unpredictable, controversial, but the only one to defeat Smer. Meet Igor Matovič Read more

SaS went as far as to give an ultimatum to Matovič, saying that if he did not resign until March 24, they would leave the coalition. Subsequently, Matovič said on March 21 he was ready to resign as prime minister if coalition partners fulfill the conditions his movement listed in their joint statement. This included the resignation of then economy minister Richard Sulík (SaS) and then justice minister Mária Kolíková (Za Ľudí).

They both stepped down, followed by other two SaS nominated ministers, Branislav Gröhling and Ivan Korčok.

SaS later withdrew from the coalition completely on March 25.

Eventually, Matovič said on March 28 that his demands from last week are forgotten and he proposed to swap posts with Heger.