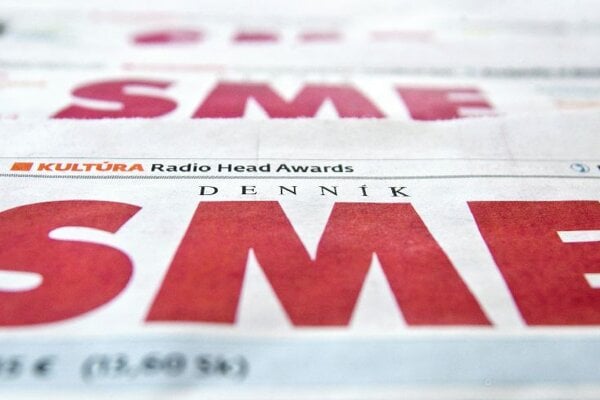 The Penta financial group is leaving the Petit Press publishing house, which issues the Sme daily and co-owns The Slovak Spectator.

“Investing in Petit Press is an amazing and exciting opportunity,” said Harlan Mandel, CEO of MDIF. He labelled the purchase "an expression of our faith in the strength of its newspaper brands and especially in the stability of the Sme daily".

The other investors comprise the managers of Petit Press, Alexej Fulmek and Peter Mačinga, and former owner of the Azet.sk company and the Aktuality.sk news website, Marek Václavík. They will purchase the remaining 5.5 percent stock that was controlled by Penta.

Petit Press took over a 75-percent share of The Rock, the publisher of The Slovak Spectator, in 2001.

Departure after more than six years

Penta entered the publishing house in the autumn of 2014 through the NAMAV company, a subsidiary of the SITA newswire. It first bought a 50-percent stock from the German shareholder Rheinisch-Bergische Verlagsgesellschaft and soon after agreed to keep only 45 percent, leaving the controlling 55-percent to the Prvá Slovenská Investičná Skupina (PSIS). The change in owners resulted in most of Sme’s newsroom leaving. They then founded the Denník N daily.

“In 28 years, we have had several different minority shareholders in the publishing house," Fulmek said. "Over time, we have always managed to adjust the shareholding with PSIS. We have also achieved this now, following long and difficult negotiations with Penta."

New investor is a fund for independent media

He expressed excitement over the fact that MDIF will become a new shareholder as he has been following its work for more than 20 years.

“The main goal of MDIF has always been defending the independence and freedom of media,” Fulmek said.

MDIF is a not-for-profit investment fund for independent media active in countries where access to independent media is under threat. It provides loan and equity financing to media companies that play an important role in maintaining freedom of speech in their home countries. It is funded by a wide range of foundations and investors, and since its inception has supported independent media in 44 countries. MDIF’s first-ever loan was to Petit Press in 1996.

The departing shareholder has often had a different opinion on the further strategy and development of Petit Press, in opposition to the publishing house’s management and majority shareholder.

“Given that we received an attractive offer, we agreed to sell our minority stake,” said Marián Slivovič, partner at Penta Investments. "Our work at Petit Press was a valuable experience for us."