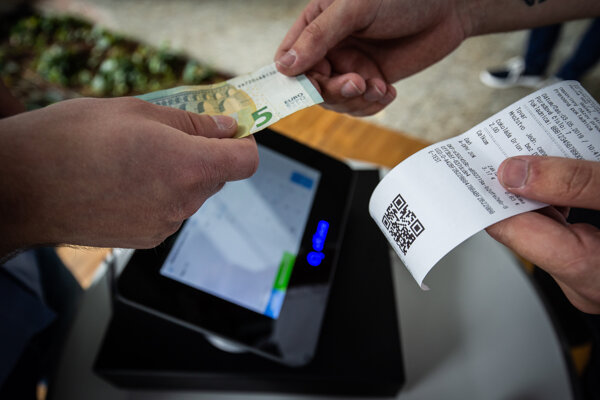 The expectation after the coronavirus first hit Slovakia was that the pandemic would slash the state’s revenues from taxes and levies significantly.

While in 2019, the state managed to collect 5.7 percent more than the year before, the prediction for 2020 counted on a drop. The Institute for Financial Policy (IFP) think tank running under the Finance Ministry predicted that the revenues from taxes and payroll levies might drop by as much as 6.9 percent, mostly due to the drop in the country’s economy.

Eventually, it revised its forecast to a drop of only 2 percent in revenues.

“Two factors contributed to the better tax result: the more stable labour market and the stable success of VAT collection that withstood the second pandemic wave,” the Finance Ministry told The Slovak Spectator.

Still, many local companies have seen their revenues drop due to the anti-coronavirus lockdowns, resulting in lower VAT and income tax paid, said Miriam Galandová of the Slovak Chamber of Tax Advisors (SKDP).

“VAT collection in January 2021 fell by 20 percent in total, while online sales saved the situation in retail,” Galandová told The Slovak Spectator, adding that such a drop is understandable as most shops were forced to remain closed as of the second half of December.

The state is meanwhile trying to keep its tax collection efficient through various measures. To improve its fight against tax avoidance and tax evasions, the government plans to introduce a new tool – digital invoices (e-invoices). At the same time, the Finance Ministry is working on an extensive tax reform, which tax experts hope will simplify the current system.