The rock known as Rozlet (Flight) was created by Štefan Kovaľ. 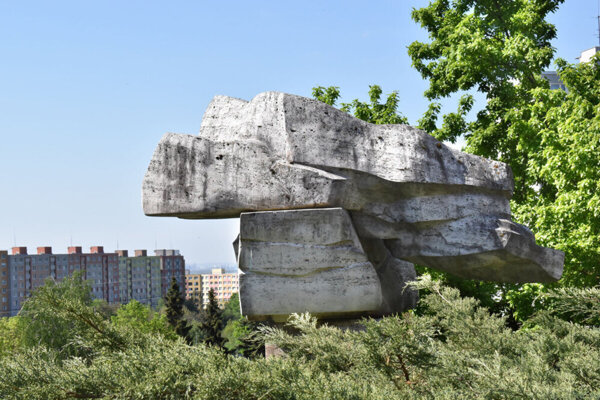 Slovak architect Štefan Kovaľ celebrated his 68th birthday this year. On this occasion, the regional daily Korzár decided to remember his famous work situated in a public space in Košice.

The work is a sculpture made of travertine, known as Rozlet (Flight), created in 1986. It is located on a hill called Furča, in the Dargovských Hrdinov borough, and resembles an abstract arrow made of paper thrown into an open space, Korzár reported.

There is a certain symbolism to the work, as Furča has experienced various flowerings; not only because of its position in a very windy area but also because of the then dynamics of development in the city, experiencing a construction boom at the time. 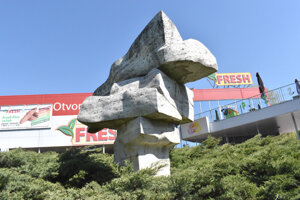 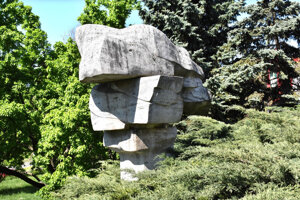 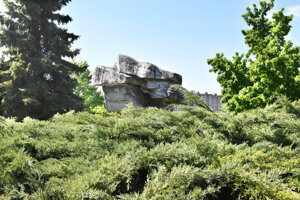 The charm of the travertine

There are not many travertine quarries in the world, which makes the one in Slovakia, situated in Vyšné Ružbachy, quite unique, according to Korzár.

In the 18th century, the Italians and Germans realised that a travertine could be structured in an art-like fashion. In 1964, the Austrian sculptor Karl Prantl, alongside the Slovak sculptor Rudolf Uher, began the tradition of summer symposiums where artists met to discuss their ideas.

Altogether 104 travertine artworks were created by artists from across the globe during these symposiums between the years 1964 and 1980.

Kovaľ, a native from Vyšné Ružbachy, helped organise these symposiums between the years 1980 and 1990. Since 1990, he has been saving the Marian columns and other historical pillars in various towns and cities, Korzár reported.