Largest Slovak theatre with seven floors and more than 2,000 rooms

Construction of the new Slovak National Theatre began in 1989 and finished in 2007. 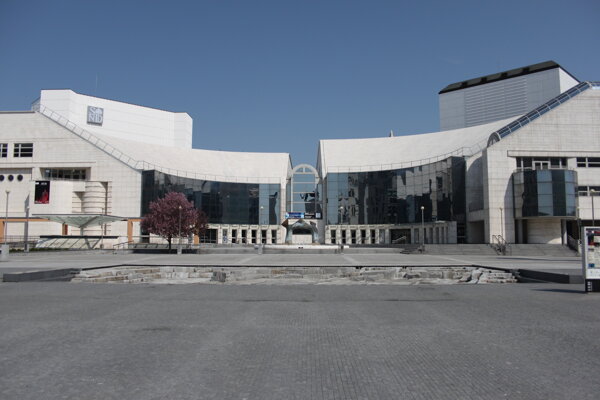 Few constructions in contemporary Bratislava took as long to complete as the new building of the Slovak National Theatre (SND), by the Slovak architects Martin Kusý, Pavol Paňák and Peter Bauer.

Its construction lasted 21 years and spanned two regimes, starting under the communists in April 1986 and finishing in April 2007. It is tiled with famous Spiš travertine, the last pieces from a pit in eastern Slovakia.

The building has seven floors, more than 2,000 rooms and three main halls, for opera, ballet and theatre, as well as a studio. It is also packed with innovations, including an unusual air-conditioning system that blows air from the audience’s armrests.

A number of exterior and interior works of art embellish the building, including a fountain at the front created by Alexander Biľkovič, Iľja Skoček and Pavel Bauer; a waterfall by Peter Roller and two towers by the architect Bauer. The spring in the lobby is also the work of Bauer and the painter Dušan Buřil. 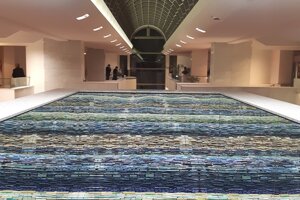 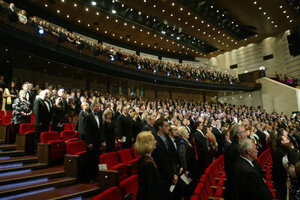 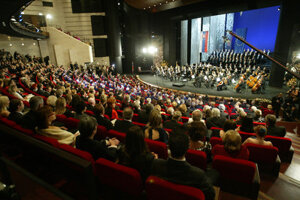 The theatre is open for performances only.

Admission: from €4
For more information on ticket pricing visit the official website of the Slovak Nationa Theatre. ​