In 1682, Emperor Leopold I issued a document protecting Piešťany as a spa, the very first paper of its kind in Europe. 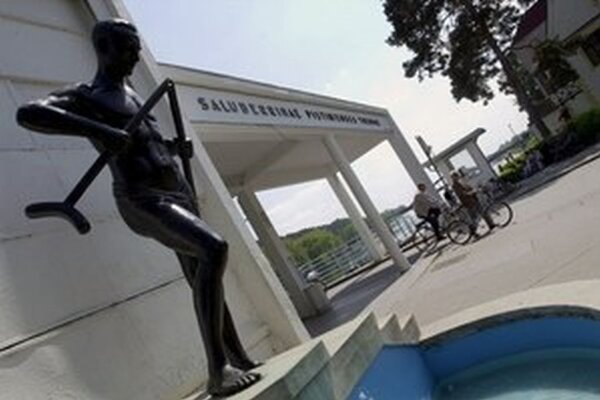 Piešťany is, and has always been, best known for its spa, which has drawn famous personalities like Empress Sissi, composer Ludwig van Beethoven, and maharajas from India and Malaysia.

The first mention of the town, then known as Pescan, was in 1113, and the first written mention describing Piešťany as a spa town dates back to 1549.

In 1682, Emperor Leopold I issued a document protecting Piešťany as a spa, the very first paper of its kind in Europe, which released the town and the nearby village of Banka from the duty to house soldiers and banned the requisition of horses, cattle or food for the empire’s militia.

In 1720, it became the property of the Erdődy family, which owned it until 1940. Ľudovít Winter developed the spa town into its current form and made its spa known worldwide.

Most of the cultural and architectural monuments of Piešťany like historical villas, the amphitheatre, chapels and churches are located on Winterova street, near the Colonnade Bridge. The Balneological Museum, composed of three buildings, houses the exhibitions of the spa history in Piešťany and history of the region. One of the buildings, located in the Park of Andrej Kmeť, which is the largest and oldest park in Piešťany, is situated in the former Spa Hall – Kursalon.

The history of the Balneological Museum is linked to Piešťany spa. The museum is named after Imrich Winter who established the Piešťany Museum Society and founded the museum together with the spa administrator Václav Vlk.