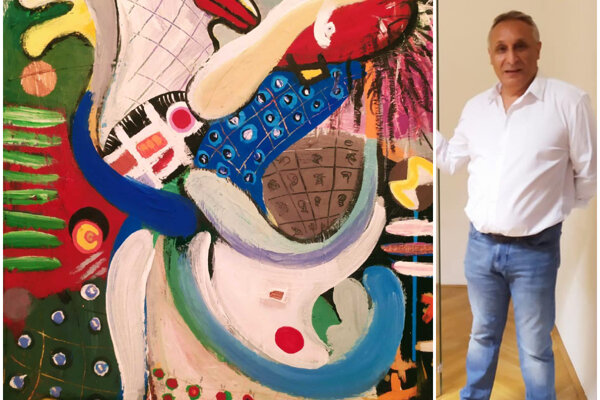 Miloš Rác spent a large part of his life washing cars in his workshop. Although he had never studied visual arts, he had tried sculpting before. An accident prompted him to return to art years later.

For six years now he has been making artwork that he says is cheerful, bright, harmonic and crazy. 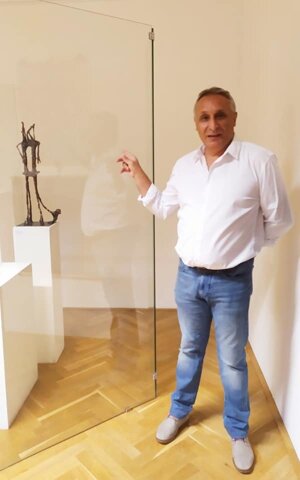 Visual art is a rare kind of artistic expression for a member of the Roma minority, stereotypically linked to music and dance. Although Rác does not make a living from art, paintings and sculpting are his everyday passion. His work has been exhibited in Slovakia and abroad.

“I believe that talent is a gift,” Rác says in an interview for The Slovak Spectator. “It cannot be stopped, it cannot be bought. In that, it’s like love.”

It’s time to show that Roma culture is not only singing, dancing and music, says the visual artist who wants to share how his work comes to life as an inspiration to children.

An artist by coincidence

Rác sought a way to pass the time he suddenly had on his hands when an accident in his garage left him injured in 2015. He recalled his time doing compulsory military service, when his friend in art restoration showed Rác how he worked. Rác tried sculpting and painting again.

He describes his artistic process with his paintings running like a film in his mind’s eye, able to stop anytime, zoom in if needed, and put it on canvas.

He created his first artwork in the garage he was renting. His friend, who owns a foundry, persuaded him to create 15 sculptures and put up an exhibition on his own. That first exhibition took place in 2015 in Považská Bystrica, a central Slovak town where Rác lives and works. He sold almost all the pieces on display.

“I didn't expect such interest in my work,” he says. “My goal was to hold my own exhibition and that was it.” 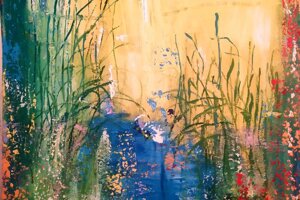 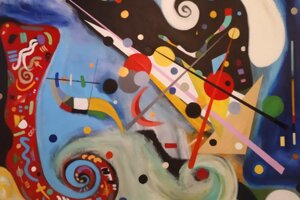 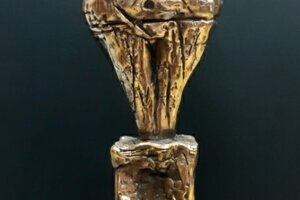 But the one exhibition kicked off his artistic career. Rác has since exhibited in Sofia, Bucharest and Ottawa and he said he enjoys these like icing on cake.

He moved from the garage to a small studio in town. He is not making a living as an artist, even some people who saw him on television think he is a billionaire. In reality, Rác works as a bus driver who dreams of being able to live off his art, he admits.

The stereotype of musicians and dancers

Most people who buy his paintings are from the majority population: Slovaks. Rác admits that they very often ask him if he is really a Roma.

“They ask me: are you Roma? Because we haven’t had a Roma like you here, creating such paintings and sculptures,” he says. His answer, partly joking, is that he’s firstly a human and that it is one’s character that matters the most instead of whether he’s a Roma, Hungarian, French or Japanese. “But I’m a Roma and it’s nothing to be ashamed of.”

Rác explains that the people of the majority often perceive the Roma as gifted singers, musicians and dancers, a very stereotypical perception in his view.

“I think it’s all beautiful, we have this in our hearts, but it’s time to display some other arts besides just music and dancing,” he noted.

Rác understands that his art might be too distant for his fellow Roma.

“It is new, modern, very crazy, in demand abroad where people often buy works that nobody would put in their household in Slovakia.”

Nevertheless, Roma community life is his inspiration when he paints and sculpts. In paintings, it is usually demonstrated by cheerfulness and vibrant colours. He also depicts Roma people in his sculptures, like the statuette of a pretty Roma woman in a long dress, with a pot in one hand and rooster in the other, ready to kill it and make soup.

Rác’s artwork comes to life in a small workshop in Považská Bystrica no bigger than four square metres. He explains that he spends every free moment there. Sometimes, he paints five different paintings at once. He currently cooperates with the Academy of Fine Arts and Design in Bratislava (VŠVÚ), where his bronze sculptures are being moulded.

But if one dream of his comes true, it would not involve a large exhibition in a prominent place abroad. Rác dreams of organising artistic excursions in his workshop where he would show children, especially Roma children, how visual art is created, to inspire them.

“Young Roma artists who might be interested in visual arts may not see possibilities, how to build a background, obtain funding and how to dedicate themselves to it,” he explains.

Even if just two or three children took interest in this kind of art, he would deem it a successful endeavour.

“It’s precisely like looking for a talented footballer. If we never start looking for talent, we will never find it and make progress,” he added.