People in Slovakia carefully optimistic about their future 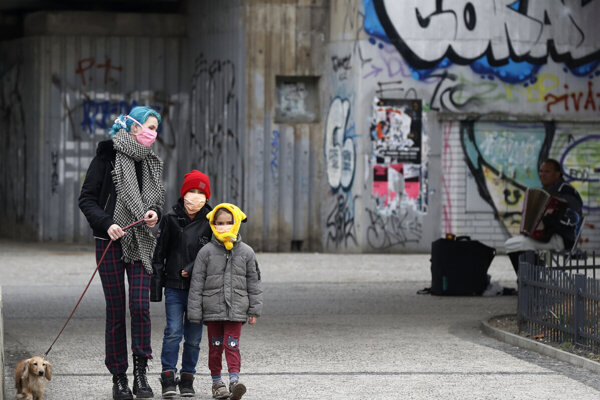 Most people in Slovakia are careful optimists, despite the difficult times wrought by the pandemic. Young, educated and single people are the most positive about their future.

This stems from a recent survey carried out by Slovenská Sporiteľňa, the country’s largest bank, between July 16 and August 8, 2021 on 1,727 respondents.

The fact that as many as 51 percent of respondents said they are looking forward to their future surprised the poll’s organisers.

“Looking at social networks or our surroundings, one would not expect such a high number of optimists in society,” said Matej Horňák, analyst with Slovenská Sporiteľňa, as quoted by the Index economic magazine.

Covid not the biggest scarecrow

When looking at their future, most respondents are optimistic about their family (62 percent), housing (42 percent) and digitalisation (39 percent).

Still, respondents did react to the pandemic, and 42 percent of them say it impacted their fear of the future. The Covid situation had somewhat of a worse effect on women and older people, according to the poll.

“If somebody did mention the pandemic as a reason to fear the future, it was people concerned about potential lockdowns, and possibly also the loss of income,” Horňák said, as quoted by Index.

Paradoxically, 15 percent of respondents said the pandemic is a reason for them to look forward to the future. The reason behind this can be the realisation of how precious relationships and time spent with family are, according to Horňák.

People who are not looking forward to their future given their financial situation said that they would change their mind if they had higher income and a financial reserve. The poll suggests that they would need a monthly salary of at least €1,300 and savings amounting to some €20,000.

Slovenská Sporiteľňa expects the Slovak economy to rise by 4-5 percent in the coming years, mostly thanks to revived demand or investments, as well as funds from the EU recovery package.

The GDP should grow by 4.2 percent this year, and by 4.8 percent next year, according to Horňák.

“This would be reflected in the rise of salaries and drop in unemployment,” he added. “Though there are still risks like the third wave or the chip shortage, it seems that this won’t create many problems for the Slovak economy.”