The main manor house was first constructed in the 15th century. 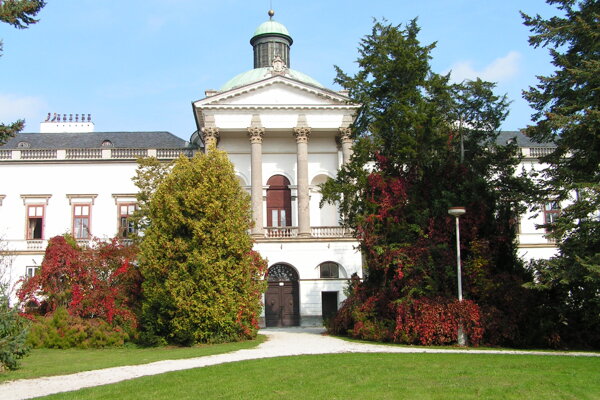 Nearly 3,000 people live in the village of Topoľčianky, but none have had quite the same impact as one of its temporary guests.

It is best-known for its majestic manor house which, in the 1920s, became the summer retreat of Tomáš Garrigue Masaryk, the first president of the Czechoslovak Republic. The village retains the charms that led the leader here in the first place, including 400 years of history before Masaryk arrived.

The manor, which was also once a summer residence of the Habsburgs, stands proudly at the centre of a vast and sumptuous estate, comprising two vast game reserves, hectares of landscaped, woody gardens and a number of outbuildings that are mansions in themselves.

The main manor house was first constructed in the 15th century, although most of what visitors see now was rebuilt in Renaissance, baroque and classicist designs, including a splendid galleried courtyard and a towering cupola. Inside, a stern statue of Masaryk welcomes visitors to what, in addition to a hotel, doubles as a venue for weddings and conferences and a museum of historical furniture. 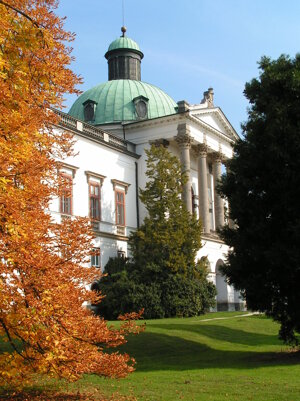 The museum shows what the manor house looked like in 1918, when the last owners, Jozef August Habsburg with his wife, left it.

The furniture dates through about 300 years and was collected from across the world with some amusing curiosities among the more standard pieces: a tea cup with a moustache protector, for example, and a table inlaid with a portrait of Louis XVI surrounded by pictures of his and his predecessors’ 17 mistresses.

Most tours will finish in Masaryk’s former office, which is arranged as though he had just popped out for a quick stroll. His tiny desk sits beneath the window, with a pen and a telephone poised.