She never met her grandparents, but knows how much love she lost in the concentration camps

Marching extremists prompted Alica Frühwaldová to write the story of her own family. 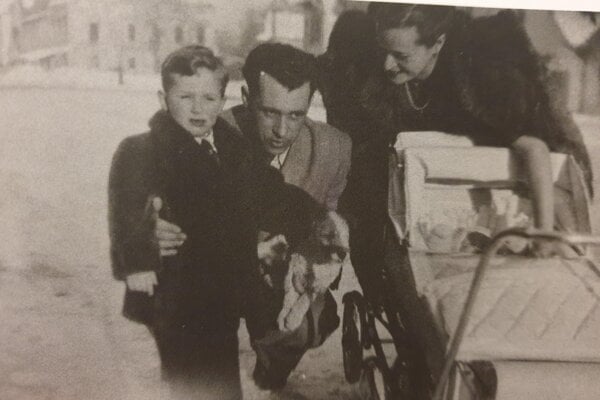 Before the war, there were two shops in two towns located about 30 kilometres from each other in central Slovakia.

The shop in Brezno belonged to Hugo and Šarlota Mittelmann. The other one, in Ľubietová, was run by Viliam Berger and his wife Berta.

Between 1992 and 2006 she worked as the manager of the British Council. During this time, she accompanied Prince Charles when he was visiting Slovakia on November 1, 2000.

She has three children and six grandchildren.

Their granddaughter, Alica Frühwaldová, was born two years after the war ended. She never met any of her four grandparents. All were killed during the Second World War, when the Nazi-puppet Slovak state sent thousands of its Jewish citizens to extermination camps.

“My brother and I asked our parents from early childhood why we did not have grandparents, why we were not visiting their graves, but my parents found it hard to talk about,” Frühwaldová told The Slovak Spectator.

She lost her relatives and family before she was able to meet them. In her book The Love I Lost, she recounts what it is like to be a second generation of people falling victim to Nazi atrocities, and the pain and loss that followed in their wake.

Frühwaldová said she and her brother have known since they were little children that something in their family was “untraditional,” that there was something their parents did not want to talk about. Only when they were teenagers did they gradually learn the story of their family.