Slovak aluminium producer cuts production, layoffs are not planned yet

If it shuts down, its ecologically produced aluminium could be replaced by imports from Asia. 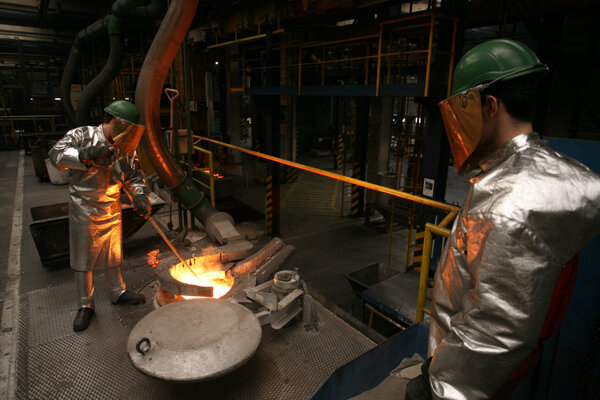 One of the largest metallurgical companies in Slovakia, the aluminium producer Slovalco in Žiar nad Hronom, is reducing the production of aluminium in reaction to the steep growth of electricity prices, the record prices of emission allowances, as well as insufficient compensation from the state through the Environmental Fund. Slovalco produces in its 226 furnaces 160,000 tons of aluminium annually, consuming 8 percent of Slovakia's total electricity consumption. The company idled 14 electrical furnaces at first and then an additional 11.

“Without long-term foreseeable and fair conditions set by the Slovak government there are very hard times in front of us,” Ola Saeter, chair of the board of directors of Slovalco, told the Slovak Radio. “The worst scenario would be turning off the furnaces and stopping production.”

Saeter noted that what they want is to have the same conditions for their operation as their competition in Europe. 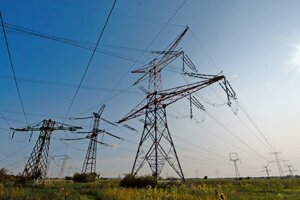 A radical increase in the price of allowances of almost 100 percent has affected all producers of direct CO2 emissions who are obliged to buy them. Slovalco calls on the state to use the money from the sale of emission allowances to compensate them for high prices. The current compensation rate in Slovakia is only 2 percent, while the European average is 18 percent. Otherwise, Slovalco may have to cease production. Moreover, electricity charges make up 40 to 60 percent of the company’s total production costs.

Slovalco CEO Milan Veselý estimates that the decision on closing the factory could come in a year or so if the state does not address the situation. This would mean the loss of 500 direct and around 2,000 indirect jobs.

“It would be a great pity if Slovalco, which is a top plant in the world, had to leave and the aluminium produced here was replaced by aluminium imported from Asia, for example,” Veselý told the public radio.

For now, Slovalco does not plan to lay off any employees. It plans to reduce production to 80 percent next year as it managed to secure a year-long contract on the purchase of electricity for a reasonable price.

Speaker of Parliament Boris Kollár and Labour Minister Milan Krajniak promised to help the factory during their visit on Thursday, September 30. The coalition party will discuss it at the coalition council on Monday, October 4.

“This is a responsible employer who last reported an occupational accident three years ago,” said Krajniak, as cited by the SITA newswire. “The average monthly salary without management salaries is €1,900. Therefore, we want to do everything from the point of view of our ministry and the government to keep such employers in Slovakia.”

Kollár noted that it would be a disaster for the entire region if the aluminium producer shuts down, which is why he would like to see the system of compensation from the Environmental Fund amended. Factories should receive the same amount of money that they invest in the fund.

“Factories put a certain amount of money into the Environmental Fund at a certain price rate for electricity. If the price increases disproportionately, the factory ceases to be profitable and goes into losses,” said Kollár, as cited by the TASR newswire.

Slovalco is the only aluminium producer in Slovakia currently focusing on aluminium recycling; its production is far more ecologically friendly than primary aluminium producers. The company is majority-owned by global aluminium giant Norsk Hydro. Penta Investments is a minority shareholder, owning 45 percent of the shares via Slovalco Invest.