Archaeologists came to survey the chapel remains. They dug up a horse skeleton

Tombs and prehistoric items have also been found during an archaeological survey next to Ružička's House in Žilina. 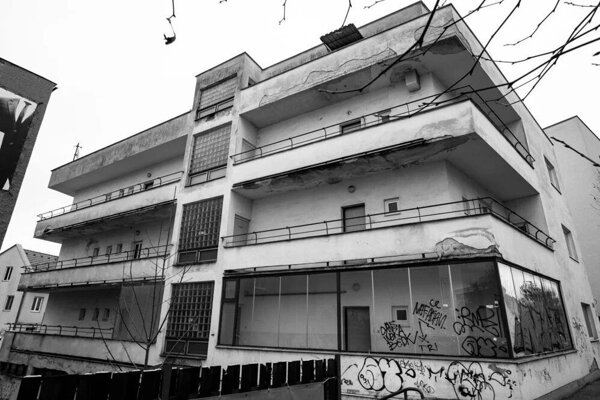 Several exceptional objects were discovered during the archaeological exploration of the area next to the iconic Ružička’s House, a 1931 functionalist building being transformed into a bloc of flats, in Žilina, rewriting the history of the locality.

Although old maps and a few pictures capture the 18th-century chapel, no one actually knew in what condition its stone foundations were preserved, and if they were still intact following construction work, the MY Žilina website reported.

Find out more about the region of folklore, national parks and modern attractions in our Žilina Region Travel Guide.

Yet, it was discoveries from the Bronze Age and old tombs that surprised archaeologists more.

Wooden chest in a tomb

Archaeologists’ goal, in fact, was to examine the chapel before the planned construction of flats could continue. The place of worship bearing the name of St Lawrence vanished in the late 1980s.

“The foundations are relatively massive,” archaeologist Ľuboslav Záhorec told MY Žilina. He added that a few sandstone square slabs which likely formed the floor of the chapel were found.

Archaeologists uncovered a cemetery as well, with several tombs dating to the 17th and 18th centuries, calling the finds “a very pleasant surprise” given rapid urban developments in this part of Žilina.

Female and child skeletons were dug up in at least two tombs, the Žilina Monuments Office wrote on Facebook. A funeral garment, coins, a wooden chest, and a pipe were found in the tombs too. 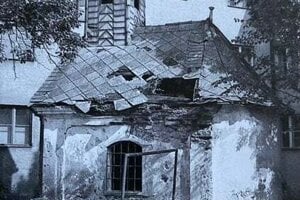 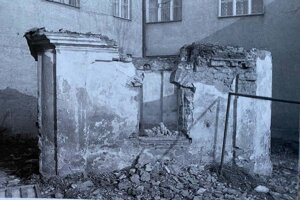 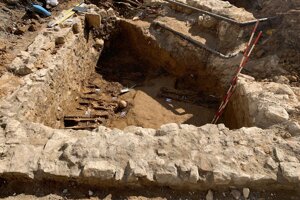 Archaeologists discovered a prehistoric settlement on the construction site, almost two metres below the surface, as well.

“There are only a few such finds in Žilina,” Záhorec told MY Žilina.

Moreover, archaeologists found several shards of vessels that were certainly prehistoric on the site where Ružička’s House stands, under several layers of clayey soil deposits that formed thousands of years ago. 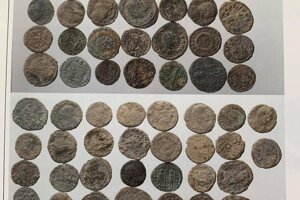 There are not many of them, so it is not possible to determine whether they are from the Older, Middle, or Younger Bronze Age, or even from the Younger Stone Age.

“In addition, we found the skeleton of a small horse, which was in the same layer,” said Záhorec.

Subsequent research should answer the question of whether it is a prehistoric skeleton. Archaeologists will also carry on surveying the area around Ružička’s House.