Anca Dragu, who made Slovakia her home, cared deeply about the country and did what she could to make it better. 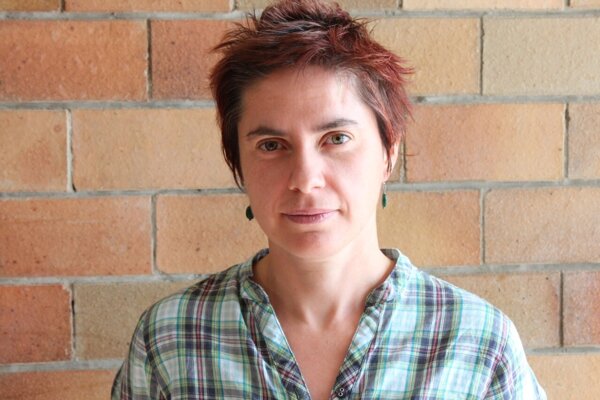 I seriously doubt any foreigner has or ever will love Bratislava’s Karlova Ves as much as Anca Dragu.

With a dull pain in my chest I now realise that I will never receive another picture from her wanderings in nature around her beloved neighbourhood and beyond, or snapshots of her computer screen that she used to take whenever a piece of news intrigued her and she wanted to quickly share it with her circle. Over time I learned I wasn’t really expected to reply to every shout that she sent out to me and other selected contacts on her messenger. But I often did, and the brief exchange that ensued would usually develop into a passionate conversation, especially when it came to topics that concerned the life of foreigners in Slovakia.

Anca spent the biggest part of her journalistic career as a member of the English section of the public-service Radio Slovakia International, where she covered all kinds of topics for 15 years, with a particular interest in health care and the life of foreigners in the country. For more than five years, she was kind enough to take the time to regularly contribute her opinions to The Slovak Spectator and was keen to develop cooperation between the two English-language media outlets.

On several occasions, I heard her say she loved journalism. When it came to topics that interested her, she was ready to dig deeper than most and demonstrate she possessed the qualities any newsroom appreciates in a journalist. Anca would go beyond press releases, look below the surface and continue to ask her sources tough questions, even when they grew irritated, to get to the truth of the matter.

Fame never seemed to be on her mind. She wanted to tell the story, but that’s true for many journalists. Anca also wanted to set the facts straight, to the smallest possible detail, which is true only for some. As a result, she knew more about Slovakia than most Slovaks did.

Anca was born in Romania and would often share funny stories about her life there and her family without really disclosing names or places. She first came to Slovakia at the beginning of 2000 to take part in a project aiming to foster media freedom in the country that was just starting to recover from the years under the authoritarian-leaning Vladimír Mečiar. She stayed ever since, with a few breaks for short-term stays, in London among other places.

Although she managed to make Slovakia her home, she remained keenly aware of how closed-minded some Slovaks continued to be towards foreigners even years after the EU accession, and how Slovakia’s migration policy remained chaotic and marked with ridiculous details.

But, always the journalist, she wouldn’t stop at just criticism. Hers was a lion’s share in helping the community of foreigners in Slovakia make it through the pandemic. She was unrelenting in conveying all the necessary information in English when state authorities failed to do so, a fact we would often discuss together. Reporting on the coronavirus situation in Slovakia and the measures it triggered was the last bit of her public service that she continued delivering, even when her energy gradually left her, to the very end. That is her legacy that she’s leaving us, journalist reporting for the community of foreigners in Slovakia, with.

With much sadness and regret, I report that Anca Dragu, a colleague and a friend, passed away on Sunday in Bratislava. Slovakia was her home and she cared deeply about it while as a journalist contributed to improving it as much as she could.

Thank you, Anca, and farewell.

If you want to remember Anca Dragu, you can listen to her talk about her arrival and life in Slovakia and her opinions about Slovaks and their country in this podcast.