Sulík: We won’t have a carbon-neutral economy by 2050 without hydrogen 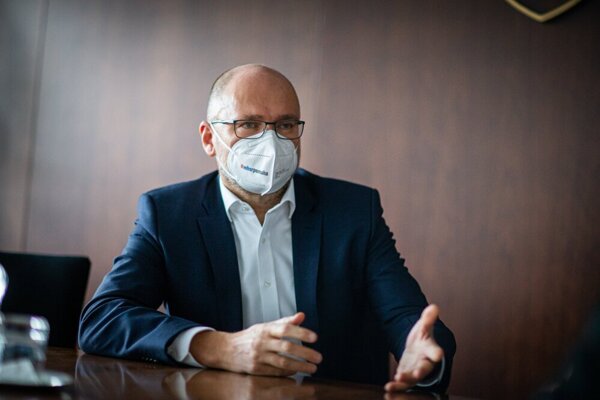 Richard Sulík (SaS) took up the post of the economy minister with the intention of improving the business environment in small steps, through what he calls anti-bureaucracy packages. His first package sailed through parliament in 2020 and the second package is currently in the works.

However, a key cause for concern among Slovak industrialists in the last quarter of 2021 is the unprecedented electricity prices businesses are facing. Richard Sulík addresses these and other challenge in this interview.

You wanted the second package of anti-bureaucratic measures to be submitted for interdepartmental review by September. How is the project coming along?

All 469 suggestions were assigned to different ministries; we held talks about each specific point with the various ministries. We basically did what's usually done within the interdepartmental review. It was a lot of work. Initially, we met with just the bureaucrats in charge of finding out which points are workable and which aren’t. We went through technicalities. Then the points were examined by state secretaries. And then, if any problems remained unresolved, I would meet with individual ministers. I sometimes worked with PM Eduard Heger, too.

When will the second package come into effect?