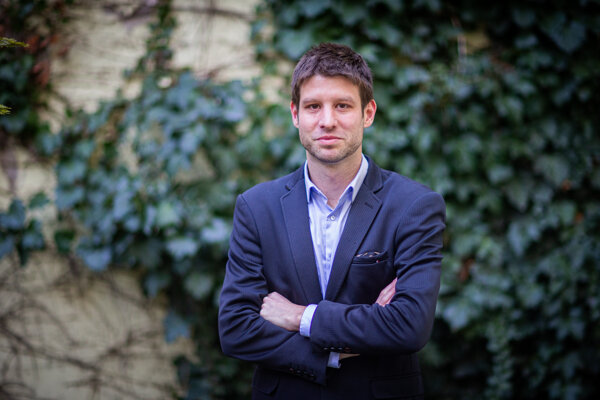 Slovak MEP Michal Šimečka was elected one of 14 vice-presidents of the European Parliament. The liberal faction Renew Europe proposed him as a candidate.

Šimečka gained 494 votes and became the first Slovak in history to hold the position of European Parliament vice-president.

“I really appreciate the trust of MEPs from all of Europe who elected me today,” Šimečka said after he was elected. “I am especially happy that it is a success for Slovakia. For the first time ever, we have gained such a high position in the European Parliament and I am glad that Slovakia's voice in European politics will be stronger again thanks to my job,” he said, as quoted by the TASR newswire.

Šimečka emphasised that he will still be active in domestic politics in Slovakia.

“In the campaign before the European elections in 2019, I promised I would not only be the voice of Slovakia in Brussels but would also address European topics in Slovakia and fight at home for the interests of our citizens,” he stated.

On Tuesday, MEPs voted in the new president of the European Parliament Robert Metsola together with 14 vice-presidents. Šimečka was elected in the second round. His term in the office is two and half years.

As one of the vice-presidents of the European Parliament, he will be in charge of chairing EP meetings and representing the EP externally. Šimečka will have special roles in the legislative process and in relation to national parliaments.

Michal Šimečka is a graduate of Oxford University, where he obtained a Master's and Ph.D. in political sciences. Before he entered politics, he worked as an advisor to the Czech Foreign Affairs Minister. He was also an advisor to President Zuzana Čaputová.

In 2019, he was the leader of an electoral list of the Progressive Slovakia/Spolu party as the vice-chair of Progressive Slovakia. The coalition of parties won the European elections in Slovakia with 20.11 percent of the vote. Šimečka himself received more than 81,000 preferential votes. In the European Parliament, he was the main rapporteur for the important proposal for a mechanism related to the rule of law and democracy.