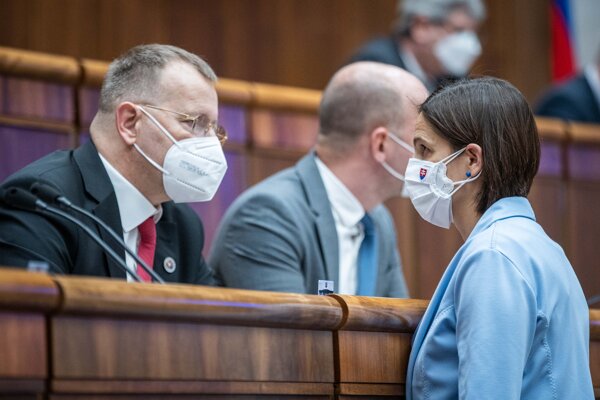 Only a small part of the new court map as proposed by Justice Minister Mária Kolíková made it to a second reading in the parliament.

Two of the four coalition parties, Sme Rodina and Za Ľudí, eventually did not vote for the proposed changes to the judiciary - one of the government's main projects in their effort to fulfill an election promise to improve justice in the country. The reform, which has been passed only partially, is also part of a first package of targets that Slovakia must reach to be eligible for the first payment of EU funds for its recovery plan.

The coalition's failure to pass three of the four proposed judiciary-related laws in parliament is bad news for Slovakia, Prime Minister Eduard Heger said. He pledged to seek "crisis solutions" with regard to payment from the recovery fund.