How Bratislava plans to use its kitchen waste 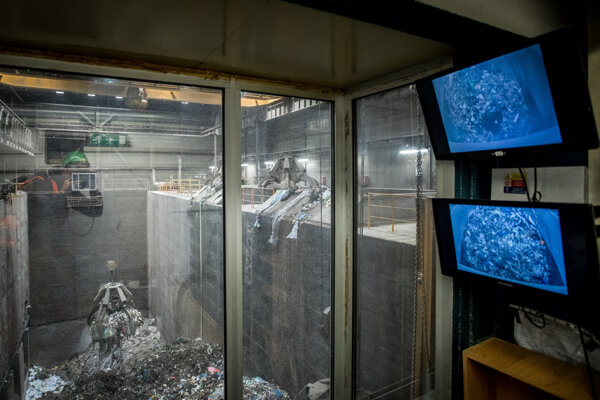 Sorted-out and composted kitchen waste from fewer than a hundred households in Bratislava would be enough to fertilise land to produce 30 tonnes of watermelons or 40-70 tonnes of carrots.

This calculation is based on the statistic that an average Bratislavan generates 120 kg biodegradable waste from their kitchen each year. The capital is now gradually introducing its kitchen waste sorting scheme to reduce its production of greenhouse gases and to find practical use for kitchen waste.

After a successful pilot project in Lamač, the authorities will expand the collection of kitchen waste to other boroughs: Záhorská Bystrica, Karlova Ves and Dúbravka, all in the west of the city, will join the scheme during March and April.

Viera Šramková, who lives in a block of flats in Karlova Ves, welcomes the introduction of kitchen waste collection.

“So far, my kitchen waste had ended up in municipal waste, which made me quite sorry, because it was incinerated unnecessarily,” Šramková told The Slovak Spectator. She adds that as she cares about us not living in a junkyard in the future, she sorts her waste whenever it is possible. “It would be ideal not to produce it at all, but the average person is probably not that far yet, and neither am I.”

Bratislava and Košice got extra time

Bratislava along with Košice, as the only cities in Slovakia with incineration plants turning waste into electricity and heat, have gotten extra time to introduce the new duty - sorting out kitchen biodegradable waste. Other municipalities were obliged to become involved in sorting kitchen waste from January 1, 2021. They were given a six-month transition period to adjust to the new rules and decide how they would go about.