Foreigners’ Police to expand their capacities to help refugees from Ukraine

They are not dealing with the agenda of other foreigners living or coming to Slovakia for now. 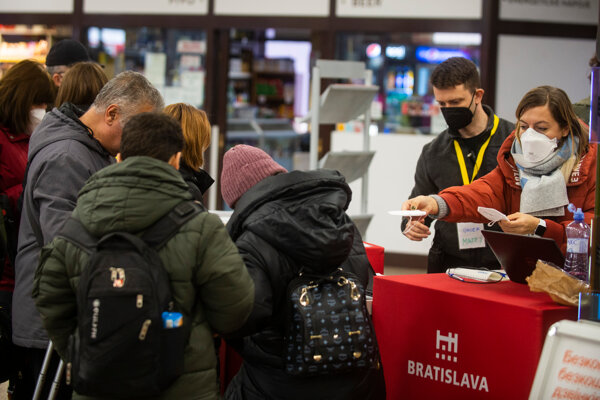 Given the increased number of refugees from Ukraine asking for temporary protection in Slovakia, the departments of the Foreigners’ Police adopted several steps to help them process the related agenda.

Given the emergency situation declared on February 26 in connection with the mass influx of foreigners to Slovakia, fleeing the war in Ukraine, the departments already changed their operation. They are now solely dealing with Ukrainian citizens and their family members, until further notice.

Moreover, the departments are opened 24/7, and provide refreshment to the applicants for temporary protection, and in Bratislava volunteers are trying to entertain children. 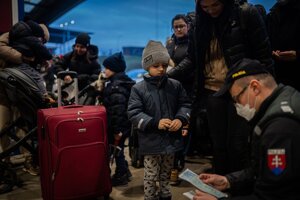 Since March 1, they have processed more than 11,200 applications for temporary protection. The police are gradually opening new workplaces to shorten the waiting times. They are also trying to use as many translators as possible to ensure communication.

At the same time, the police are opening new large-capacity centres. Apart from those already operating in Humenné and Michalovce (both in eastern Slovakia); new such centres will be open in Bratislava, Banská Bystrica, Nitra and Žilina.

In Bratislava, the Bureau of Border and Foreign Police plans to set up a registration centre on the premises of the former bus station on Bottova Street (just across the street from the current Nivy station), as head of the Interior Ministry's Migration Office Ján Orlovský confirmed in an interview with the Denník N daily.

The police are also trying to secure transport to other parts of the country where Ukrainian refugees are accommodated.

As for other agenda, concerning foreigners other than Ukrainians, the Foreigners’ Police have cancelled all appointments booked through their system. The police promise to inform foreigners about the possibility of booking a new appointment when possible.

“At the same time, we’re preparing an amendment to the law on the residence of foreigners that will prolong their stay if they aren’t able to submit an application to renew their stay due to the restriction on services provided to foreigners at our workplaces,” Denisa Bárdyová, spokesperson of the Police Corps Presidium, told The Slovak Spectator. 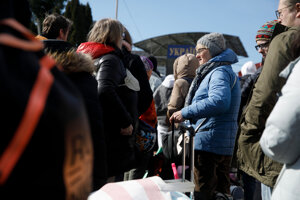 Foreigners coming to Slovakia are required to fill in the Notice of tStay form, which can be downloaded from the website of the Interior Ministry. It contains basic information about the incomer, the purpose of the stay, the passport number and name of the person providing accommodation to this person.

The former bus station on Bottova should also serve as a large-capacity aid centre for refugees from Ukraine. It is being prepared by the city of Bratislava.

The centre should serve as a first contact point and provide aid to refugees. The city wants to open it as soon as possible, but it may take several weeks, said Bratislava spokesperson Dagmar Schmucková, as reported by the TASR newswire. 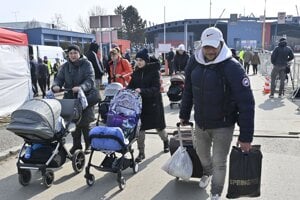 Currently, the premises serve mostly as a warehouse for humanitarian aid.

For now, refugees coming to Bratislava can use the information point situated at the Main Railway Station, whose staff has been reinforced. There is also a waiting room established by the national railway company ŽSR, which operates the train station.