Another carmaker reports that there are no problems yet due to war in Ukraine. 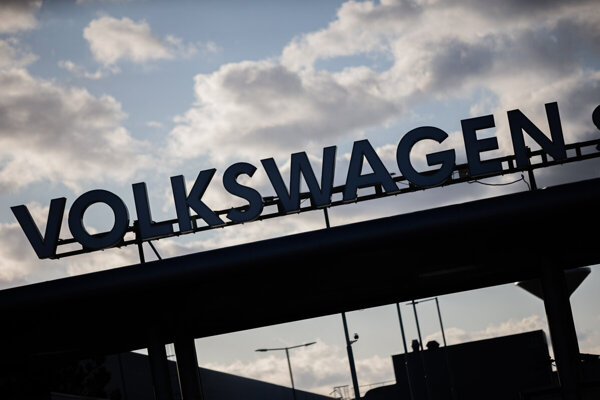 The Volkswagen car factory in Bratislava has suspended production in all segments at the beginning of this week, on Monday and Tuesday.

The reason was a shortage of semiconductor chips, as well as the supply shortage due to the conflict in Ukraine, announced company spokesperson Lucia Kovarovič Makayová.

"The production schedule is being continuously adjusted depending on the availability of parts,” she said, as quoted by the SITA newswire. “This is due to the ongoing long-term global shortage of semiconductors due to the coronavirus pandemic, and a partial supply shortage of some parts due to the events in Ukraine."

As the spokesperson added, Volkswagen Slovakia continues to monitor the situation closely and is continuously evaluating it.

"The group's purchasing department is in intensive contact with the affected suppliers and is examining alternative solutions," she said for SITA.

Another carmaker, Stellantis Slovakia, located in Trnava, said that the invasion of Ukraine has no direct impact on production in its car plant.

The production of thermal engines, which until recently was located in Kaluga, Russia, has already been moved to France due to sanctions imposed on Russia, reported the spokesperson of the car manufacturer, Peter Švec.

"However, we are closely following developments in the supply of semiconductor components from Asia and are responding flexibly to outages caused by lockdowns. For this reason, we have reduced production to night shifts to a small extent this week," the spokesperson added, as quoted by the TASR newswire.