Increasing the quorum for political parties to enter parliament could be enough for a single-party government, a political scientist says. 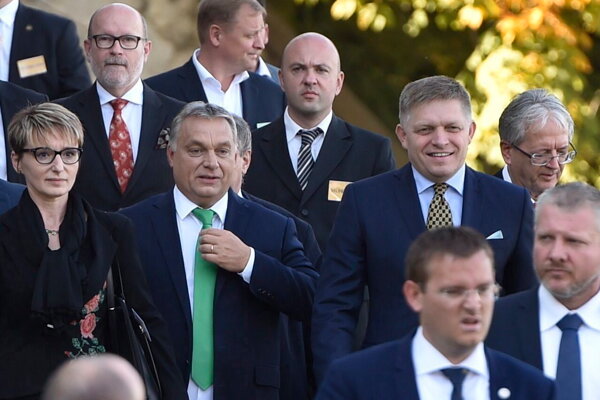 The then Slovak PM Robert Fico and the Hungarian PM Viktor Orbán inaugurated the construction of a cross-border bridge on the Danube between the towns of Komárom and Komárno on October 17, 2017. (Source: TASR)
Font size:A-|A+  Comments disabled