Unionists at Košice steelworks ready to call a strike

Trade unions demand no increase in their working hours, but a hike in their salaries. 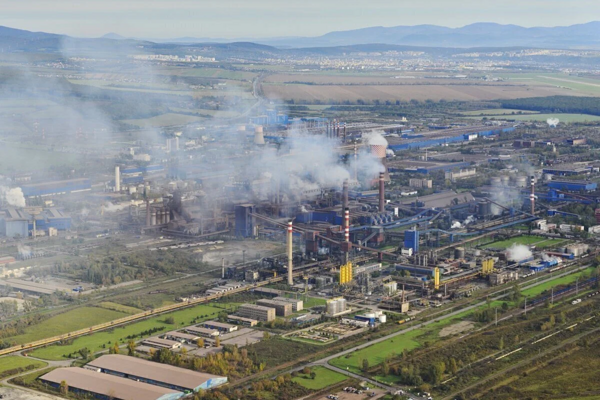 Unionists at the Košice steelworks, U. S. Steel Košice, are prepared to go on another strike unless their employer agrees to their demands.

The committee of a trade union council at the company declared a strike alert on Monday, April 25, as reported by the SITA newswire, because no agreement has been found on the wording of the fourth amendment to the existing collective agreement.

There have been six rounds of collective bargaining to date.

Mediator to solve the dispute

“We are proceeding in accordance with the law on collective bargaining,” said the committee’s chair Juraj Varga. The alert is not a strike, he stressed, but a sign of the readiness of employees to refuse to work, if necessary.

In the coming weeks, both parties should agree on a mediator who will help them settle a dispute in collective bargaining. They will choose the mediator from a list provided by the Labour Ministry. If they fail to compromise on a mediator’s name, the ministry will assign one to the case.

Trade unionists have seen their working time, salaries and employment as three key pillars in the negotiation process so far, reflected in the proposed amendment.

They are rejecting the increase in weekly working hours, from 35.5 to 37.5 hours, proposed by U. S. Steel Košice. In addition, trade unions dislike the firm’s reluctance in increasing salaries in 2022 and its efforts to limit workers’ benefits.

“Our goal is to maintain an acceptable standard of living for employees in key areas, without any further increase in working time,” Varga explained, noting that they also want to make the steelworks increase salaries.

At U. S. Steel Košice, unionists announced a strike alert in July 2020 and last June as well. Just like today, they did not want to work more than 35.5 hours a week. The firm and trade unions eventually found a solution.

Back in 2019, more than a thousand employees demanded higher tariff salaries during a protest.