Andrej Čerňanský’s work changes our understanding of many animals. 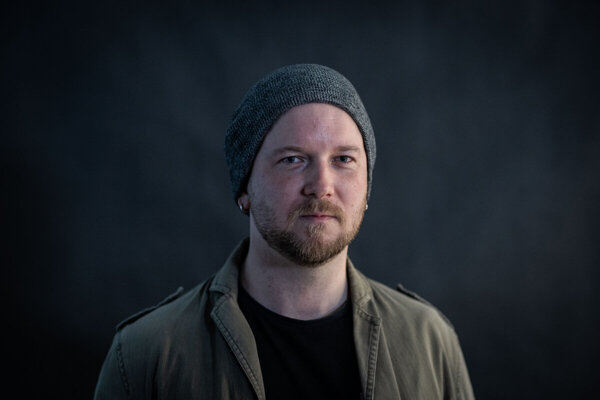 Amber is like a window to the prehistoric world. The small animals trapped in it are frozen in time. The conditions within sometimes allow for the exquisite preservation of organisms, offering a glimpse into the distant past.

Such is the case of the recent rare discovery of a Mesozoic reptile. "The preservation of a complete skin with individual scales or eyelids and thus the full external appearance is like science fiction," says Slovak paleontologist ANDREJ ČERŇANSKÝ from the Faculty of Natural Sciences at the Comenius University in Bratislava.

"We are talking about a 110-million-year old reptile!"

You are known for naming reptiles after famous Slovaks such as the outlaw Juraj Jánošík, politician and aviator Milan Rastislav Štefánik, or the adventurer Móric Beňovský. Why?

Truth be told, I have described many new species and only a few of them bear the name of a famous Slovak. The reasons why I do this are many. When I lived in Germany, I often thought of Slovakia. I like history and I'm very interested in it. But I have the feeling that we don't always value our famed personages. But if we don't do it ourselves, why should others do it? We don't have to do it without a thought, because they were flesh and blood like anybody else and had their own quirks as each of us does. But the good and important aspects must be acknowledged. 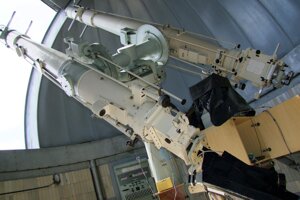 How do you decide which person to name them after? What are the stories behind these decisions?

Móric Beňovský was born in Vrbové and was the first European to sail in this part of the world – seven years before James Cook did so. During his brief life – he died at the age of 39 – he travelled in four continents (Europe, Asia, Africa and North America) and was the first Slovak to write a worldwide bestseller, titled Pamäti a cesty (Memoirs and Travels). In 1776, he was pronounced the King of Kings in Madagascar and was the ruler of the north-eastern part of the island. He spent four years of his life in Madagascar and died there in 1786 while fighting on behalf of France near Antalaha.

With the chameleon that lived in Kenya about 18 million years ago it was easy. It has long been thought that chameleons could have originated in Madagascar. On the island they are a sort of a symbol. But the Kenyan fossil showed the opposite, that these lizards originated in continental Africa and later crossed the ocean and reached Madagascar. Just like our Móric Beňovský, who was not born there, but also became one of the symbols of Madagascar.

Have you already settled on another important Slovak, male or female, after whom you will name your next discovery?

My colleagues and I have submitted an article about a new genus of prehistoric gecko from Belgium, and I came up with a name derived from an important historical figure in Belgian paleontology. In other words, I don't have one, although I have been interested in Ján Bahýľ. He is the inventor of helicopter and it seems to me that not many people know about it. Maybe one day there will a reptile named after him.

At the beginning of the year, you worked on a study about a perfectly preserved Mesozoic reptile in amber. How rare are such findings in the world?