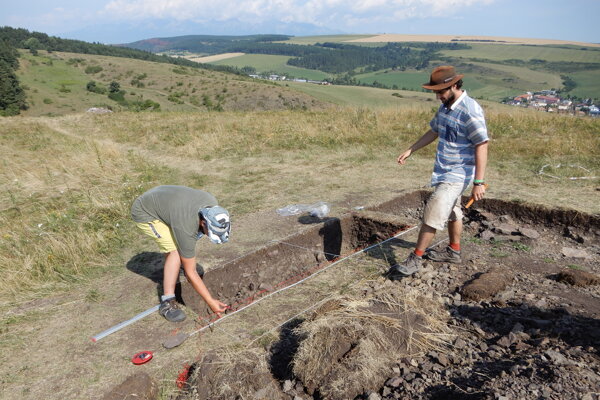 In the village of Jánovce near Poprad, archaeological research, which has been carried out there since the beginning of July, has resulted in evidence of settlements mainly from the La Tene Culture, i.e. the 1st century BC.

In less than a month, researchers managed to discover approximately 3,000 artifacts in the locality, reported Mária Hudáková from the Spiš Museum in Spišská Nová Ves.

"The site has been known since the 19th century. We started systematically researching it last year, it is really very rich and interesting,” Hudáková stressed, as quoted by the TASR newswire. “The rarest objects include, for example, glass beads. We also found glass decorated with eyelets, which is rare.”

According to her, a part of a bronze belt deserves attention. Archaeologists examined two probes in the western part of Hradisko in Machalovce, following up on the results of last year's research, when wheel pits cut into the bedrock were found.

Another wheel pit was found on the outer side of the rampart. It contained the remains of a burnt-out wooden wheel, and based on this, according to Hudáková, it can be assumed that the rampart had a wooden grid structure. It was filled with massive stone slabs and clay. The construction was burned in the examined parts, which can be attributed to the destruction of Hradisko in the 1st century BC until the beginning of the 1st century AD. 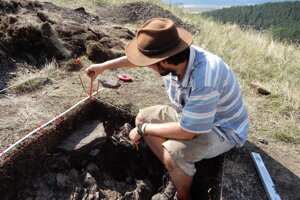 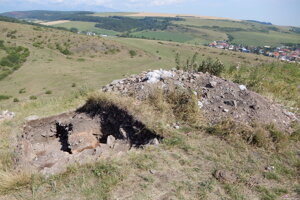 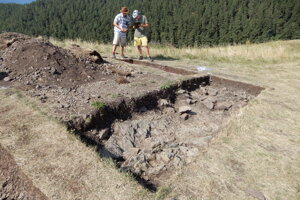 "During this period, the Celtic tribe of the Cotins lived here, which we associate with the archaeological culture of Púchov,” added Dominik Repka from the Archaeology Department of the Arts Faculty of Constantine the Philosopher University in Nitra, as quoted by TASR.

Its function was commercial and productive, also evident from the finds: these are work and craft tools, finished products, as well as several hundred coins, proof of the territory's commercial character, Repka added. They were at the crossroads of trade routes, which the locals profited from. During this season, they discovered various ceramics, bronze and iron products, decorative objects, but also, for example, whorls made of graphite ceramics.

"The wharve was actually a flywheel that served and helped in the spinning of yarns," explained Repka. 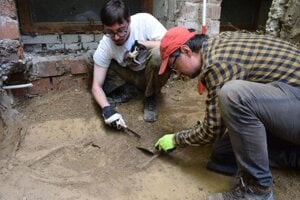 The location was inhabited until the 2nd century, after which the Romans resettled the inhabitants south to Pannonia. The research of the Púchov Hradisko is carried out by the museum and the department of archaeology in cooperation with the Museum in Kežmarok and the company Archaeology Spiš.

"The field research is ending and research in the museum and laboratories is beginning. The finds will later end up in the Spiš Museum. We also plan to make an exhibition about the Celts on Spiš. We definitely want to continue the research and systematically examine the site in the years to come," concluded Hudáková, as quoted by TASR.