How an unwanted motorcycle became a legend 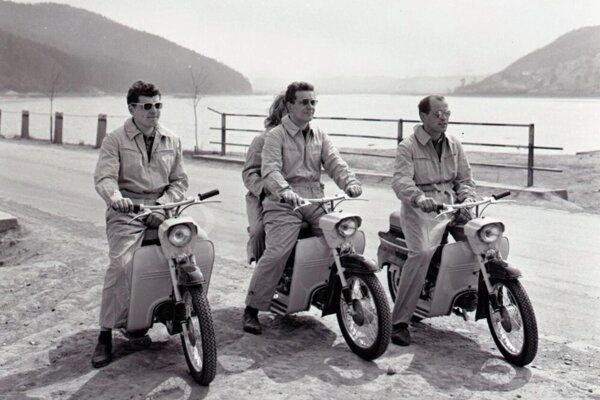 It was a little before 5 o'clock in the morning of October 11, 1949. Although the city was still asleep, a State security (ŠtB) car was speeding down the street heading for the house of Jawa's technical director, Jaroslav Frei. The agents had an arrest warrant labelling him a reactionary element and an enemy of the working people. Frei needed to be arrested and deported to a forced labour camp.

Frei was indeed arrested, but his wife delayed the agents and he managed to escape. It may have saved his life.

However, being in a hurry he left behind the documentation of a small motorcycle he had secretly designed in his workroom. A few years later, this motorcycle was unveiled to Czechoslovakia under the name Pionier (Pioneer). 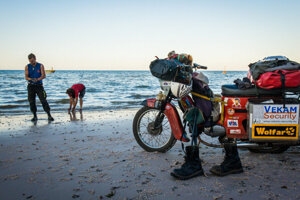 A factory that changed a village

At the beginning of the motorcycle story that took the country by storm, we have to return a hundred years. After the First World War, the city of Považská Bystrica, northwest Slovakia, was just a larger village without any major economic relevance.

The turning point came at the end of the 1920s. At the time, due to possible threats from neighbouring states, the Czechoslovak government decided to move arms industry enterprises further from the borders - "inland".

The choice fell on the Považie Region and Považská Bystrica. The village had good transport connections to both the Slovak and Czech parts of the republic. In addition, the surrounding mountains could protect these enterprises from potential enemy attacks.

The foundation stone of the new enterprise named Československé muničné a kovodelné závody was laid in the summer of 1929. In the following months and years, both the factory and Považská Bystrica saw intensive development.