Slovakia’s general prosecutor has announced that, contrary to expectations, he won’t try to dissolve Marian Kotleba’s party, arguing it’s not a serious threat to democracy. Some think that view is too sanguine. 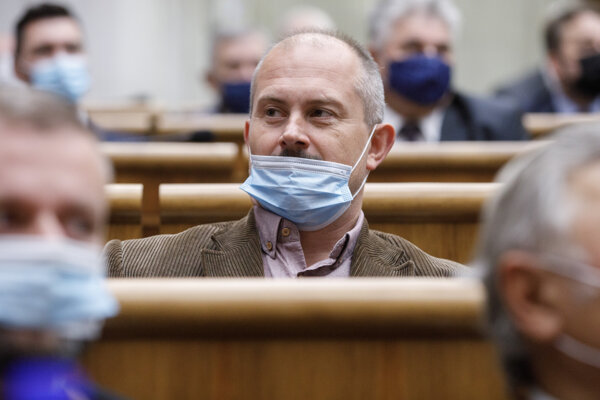 Marian Kotleba in parliament with his mask under his nose (Source: SITA)
Font size:A-|A+  Comments disabled

Twenty years ago, Marian Kotleba would march on the streets of Slovak towns with his comrades from the party with an archaic-sounding name, Slovenská Pospolitosť (Slovak Togetherness), wearing fascist-style uniforms reminiscent of those worn by the Hlinka Guards, the militia of Slovakia's wartime Nazi puppet state.

Before long, he became the leader of this racist party which based its programme on, among other things, the claim that parliamentary democracy had failed.

“Jews only live on our territory because Slovaks are merciful enough to let them, even though they despise everything that is Slovak, national and Christian,” Kotleba stated in one of his speeches in 2005.

Neither Kotleba nor Slovak Togetherness was a stranger to such rhetoric, yet the party never amounted to anything more than a marginal political force. It never came close to reaching 3 per cent of the vote in any parliamentary election, the limit parties need to exceed to be eligible for financial support from the state, not to mention the 5 per cent threshold to actually enter the parliament.

Eventually, the Supreme Court dissolved the party in 2006 because its programme violated the universal right to vote.

But that did not prevent Kotleba from continuing his political activities. He donned a suit instead of the fascist-style uniform he used to wear, and went on to found a new party, People’s Party Our Slovakia (ĽSNS). As its leader, he was elected the governor of the central-Slovak region of Banská Bystrica in 2013 and served the full four-year term.

During his term, ĽSNS was elected to parliament in the 2016 election, then repeated the success in 2020, even though it faced an attempt by the state to dissolve it the year before. Despite Kotleba’s history, political success and a recent Supreme Court verdict that found him guilty of expressing sympathy with extremist movements, Slovakia’s General Prosecutor Maroš Žilinka recently announced that, contrary to expectations, he would not be filing a motion to try to ban the far-right party again.

Explaining his decision on August 5, Žilinka argued that Kotleba’s party was no serious threat to democracy.

“The political party has no real potential and opportunity to implement political changes that pose a threat to democracy,” the General Prosecutor’s Office stated. 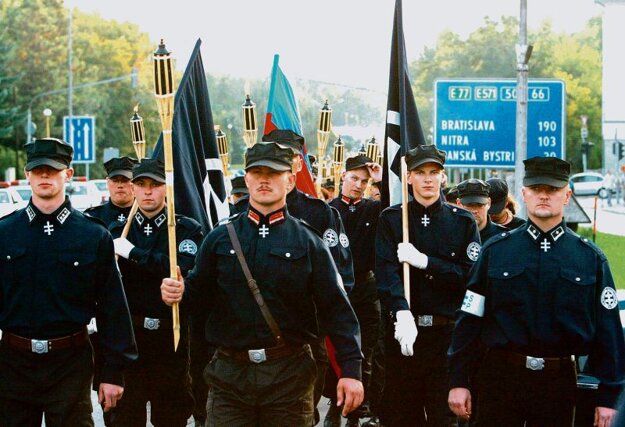 Kotleba learned - he no longer wears a uniform. (Source: SME)

Too weak to be an imminent threat

A court ban on ĽSNS has been an issue since the last attempt to have the party dissolved on the grounds of its anti-democratic character, based on a lawsuit filed by the previous general prosecutor, Jaromir Čižnár, in 2019.

The court dismissed that motion due to insufficient evidence, and Čižnár’s successor was expected to revisit the issue, especially after Kotleba was subsequently found guilty on extremism charges in 2020.

Michaela Terenzani
special contributor
Subscribe Author Subscribe
News: Receive notifications about new articles by email. Try the new feature and turn on the subscription.
Michaela Terenzani has been with The Slovak Spectator since 2007. She served as editor-in-chief in 2015 - 2023. She comments on events happening in Slovakia in her weekly newsletter, Last Week in Slovakia. Twitter