This is how a mediaeval royal wedding looked

Another event at Pustý Hrad, an historic castle, is planned in early September. 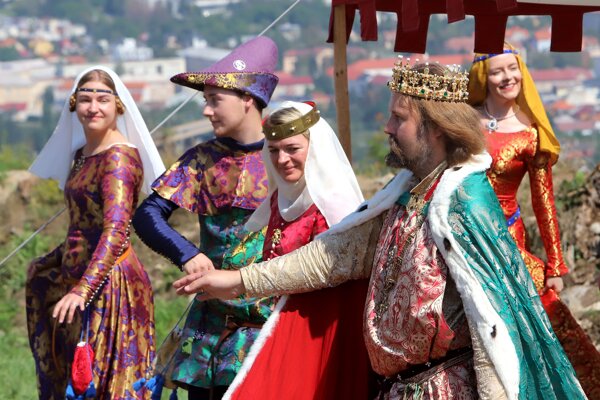 The re-eanctment of a 13th-century wedding at Pustý Hrad, a mediaeval castle above Zvolen. (Source: TASR)
Font size:A-|A+  Comments disabled

Pustý Hrad, an ancient castle above the town of Zvolen, recently witnessed the re-eanactment of a royal wedding that originally took place at the site in 1247. Visitors to the castle compound were treated to demonstrations of life in the Middle Ages, battles and several accompanying activities.

A helping hand in the heart of Europe – get your copy of the Slovakia travel guide.

"We have been re-enacting this royal wedding for three years now. This time we also added something new, namely the conquest of the castle. Visitors could also spend the night in experiential period tents," Jiří Pěč, director of the Regional Tourism Organization of Central Slovakia, told the TASR newswire.

Another event at Pustý Hrad castle is planned for early September. It will comprise historical scenes, music and an uncovering of the secrets of the castle by archaeological experts, regional daily My Zvolen reported. The 'Hike to Pustý Hrad' will mark its 30th anniversary on Saturday, September 3. 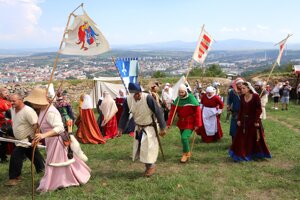 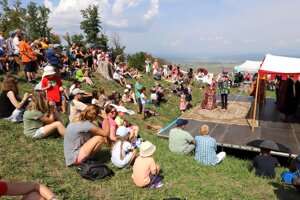 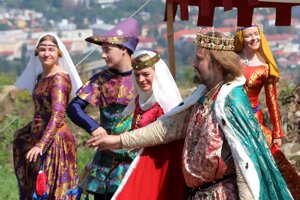 More events at the castle

The program will start at 10 a.m. with the traditional greeting of participants in the History Cycle Ride.

"Visitors will be delighted by a performance of fencing, by the theatre group Via Historica and the popular falconers of St. Bavona – and the Slovak folk and country legend Bukasový masív will take care of the musical experience," explained Branislav Mikšík from the press department of the city office.

The program will be complemented by accompanying activities, among others a photo exhibition about Pustý Hrad, 'Castle dug from the rubble', which brings to light 30 years of archaeological research and historical restoration of the castle, as well as an exhibition of this year's most beautiful archaeological finds, historical archery and coin minting. Various activities also await children who visit.

The current season of archaeological research at Pustý Hrad is focused on the reconstruction of the main gate at the Upper Castle.