He spoke no English but worked his way up. Slovak worked for the world’s richest man 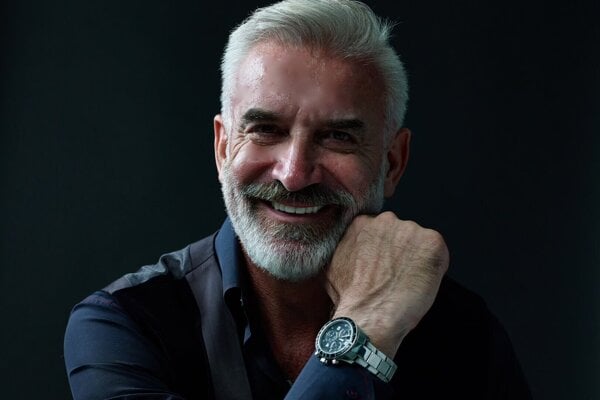 Seated on his grandfather’s knees, Jozef Biľ gazed intently and impatiently at his grandfather, who was about to start recounting his stories about America.

The grandfather, Ján Biľ, worked in Pennsylvanian coal mines for a decade in the 1920s before returning to his homeland of Czechoslovakia for good. After the communists took power, they confiscated the old man’s land and farm, which he had bought with the money earned in the USA.

“Son, never stay here,” he told his grandson. “Leave for America when you grow up. If only you knew the size of the ‘káry’ (cars) and the height of the ‘bildings’ (buildings) over there.”

The boy was just five and America was, understandably, a new world to him, along with some of the words his grandfather had adopted overseas.

Biľ, who is in his early sixties today, says that his grandfather was a broken man because of what the communists had done to him. That is why he wanted him to have a better life elsewhere. Biľ kept the promise he had given to his grandfather: he left for America as a grown-up man. 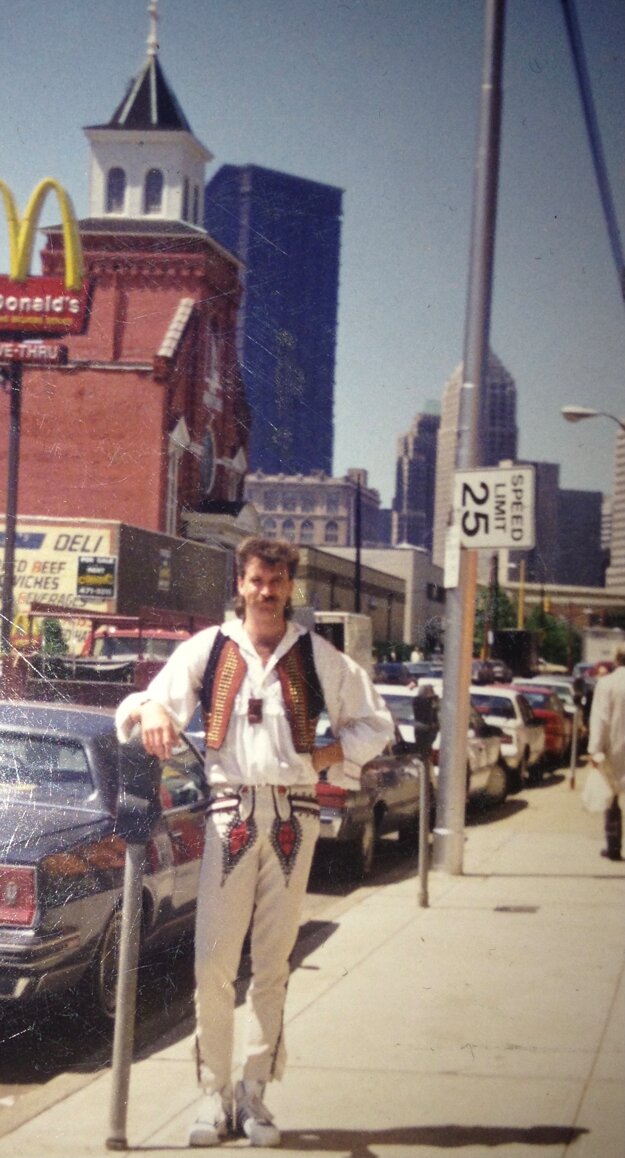 His American adventure started more than 30 years ago, in May 1990, with a hammer, screwdriver, and his Šariš kroj – traditional folk clothing unique for almost every Slovak region.

Work for the world’s richest man

Biľ is speaking to The Slovak Spectator from Central Park Tower, the world’s tallest residential tower situated on Billionaires’ Row in Middle Manhattan. Here he is overseeing the renovation of a ‘yacht in the clouds’ on the 118th floor - a penthouse whose interior will look like a yacht and whose walls will be leathery. He claims that he loves his job.

“As a builder, I’ve worked my way up,” the Slovak says.

Having worked on different construction jobs for a decade after his arrival in America, Biľ decided to run his own business in 2001 and established XL Renovation & Painting Corp., a firm that renovated apartments and townhouses in New York City. When growth in the construction sector somewhat decelerated in 2017, Bil was forced to shut down his firm.

Experienced in his field, he was soon approached by the renowned firm SilverLining Inc., which renovates high-end properties in New York City. The Slovak has become a steady part of the company and is in charge of several of its most important and most expensive renovation projects.

Apart from the ‘yacht’ project, he renovated a townhouse for the granddaughter of one of the owners of Hewlett-Packard.

“In the past, I also worked on a penthouse for the richest man in the world,” Biľ says. He cannot name him for legal reasons.

The value of the firm’s projects ranges from $1 million to $50 million.

As a construction site supervisor, Biľ insists on professionalism from every one he works with. However, his communication and relations with workers are often casual. He likes to joke. 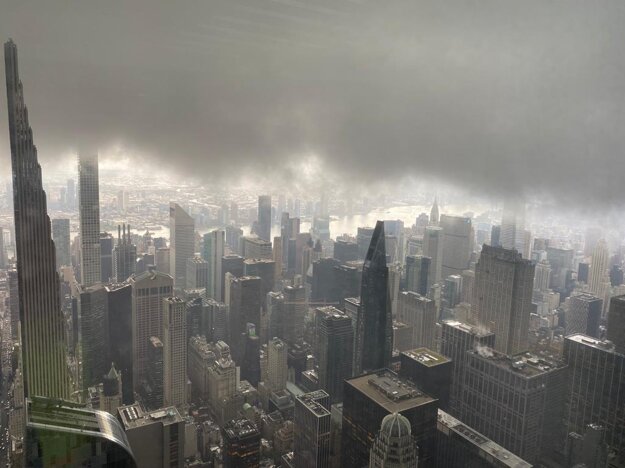 Over the years, he has met workers from different countries and can thus compare their approach to work.

“Europeans have more zeal in climbing up the ladder compared to Americans,” asserts the Slovak. He has noticed a similar drive in the case of people from the Caribbean.

Rifle: a gun and jeans

Biľ himself remembers his first days on American soil like it was yesterday. With his friend, Laco, they hopped off the plane wearing kroje in the hope that someone from the Slovak community would recognise their costumes and them as Slovaks, giving them a hand.

A young Slovak travelling back to Slovakia gave them a few tips, Biľ says, but they did not prevent them from becoming homeless for the night.

“We spent the first night on a bench outside John F. Kennedy Airport after security guards kicked us out of the airport,” the Slovak recalled.

With a few learned English phrases, they got on a bus to Manhattan the next morning and headed to Pennsylvania, a US state with a strong Slovak community in the bygone days. In Pittsburgh, they landed their first renovation job thanks to the Slovak Honorary Consul for Pennsylvania, Joe Senko. The consul himself has roots in eastern Slovakia, just like Bil, who comes from Bartošovce in the Bardejov District. 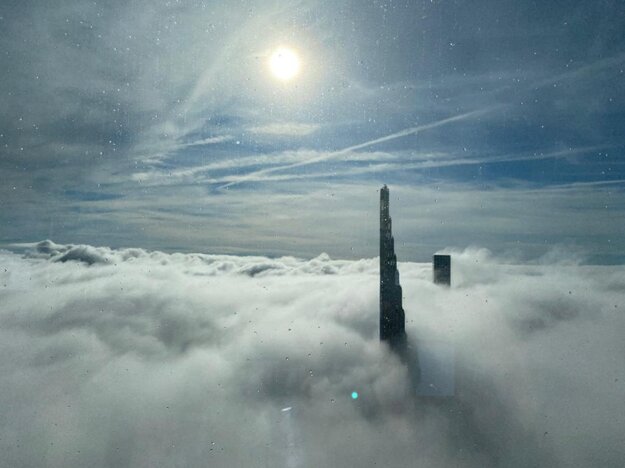 A view from the 118th floor of Central Park Tower in NYC. (Source: Courtesy of Jozef Biľ)

As time went by, Biľ continued to drill his English skills. He didn't avoid hilarious misunderstandings. One Sunday afternoon he asked Pamela, Senko’s secretary, where he could buy ‘rifle’ as winter approached. Pamela was shocked by their idea of getting, as she thought, a gun.

“When I looked up a ‘rifle’ in the dictionary, I learnt that it’s a completely different thing from the Slovak ‘rifle’ (jeans),” Biľ laughs.

He nonetheless admits that it was traumatic not being able to speak English at the beginning.

Today it is America that Biľ calls home, even if he loves Slovakia and considers it a beautiful country, especially its forests.

“I feel like a foreigner there [Slovakia],” he confessed.

Unlike him, his siblings continue to live in Slovakia.

In New York City, the Slovak finds everything in one place, be it different cuisines or a vibrant cultural life. He has friends there. Every day he gets on his folding bike and rides from Queens to Manhattan where he works in the field that he studied and has always loved working in.

Nonetheless, he points out that America has changed, and New York City is more dangerous.

“I love the city, but I carefully choose where I enjoy my evening out.”

The easy-going Slovak does not forget about the Slovak community in the Big Apple, of which he is a vital part as he sings popular Slovak and Czech songs, plays the guitar and writes his own music.

More than a decade ago, he became a YouTube sensation in Slovakia after he released ‘The Facebook Song’.

“A lot of people found themselves in that song,” claims Biľ, who is a Facebook user no more.

When asked about whether there is anything else he would still like to achieve, he said no.

“I came to the USA with $300 in cash, and I succeeded in a land that I hadn’t known much and whose language I hadn’t spoken,” the Slovak has concluded, praising Americans for being so welcoming.

This article was published with the support of a grant from the Ministry of Foreign and European Affairs of the Slovak Republic. The project idea came from Kristína Sojáková who works for IBM in NYC and co-runs the Slovak Professionals in New York group.