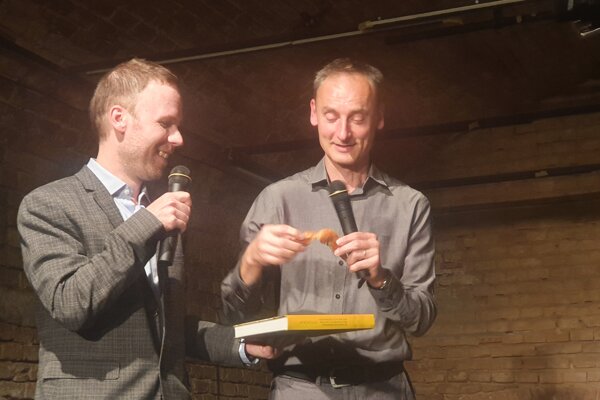 Bratislava city guide and descendant of an old Bratislava family Mihály Brogyányi, has a rich collection of family photos. But he does not own one he would very much like to own.

Brogyányi was stunned to come across the photo during an exhibition in the City Library on Klariská Street in the 1990s. Enlarged to a size covering an entire wall, there was the picture of a young woman with two children and a third on the way. They stood in a meadow, with suitcases at their feet, plumes of smoke rising above Bratislava in the background.

It was June 16, 1944, the day the American forces bombed the Apollo Refinery, the Winter Harbour and the bridge over the Danube. The woman in the picture was was Brogyányi's grandmother. Her husband, his grandfather, was near the place the bombs fell that day, as he had a business meeting at the port as a lawyer.

“When the bombs started falling, my grandmother, still a young woman, packed the necessary items and ran out with the children to the meadow with other people from the neighbourhood," Brogyányi said. "In the picture she was looking into the distance as if not knowing what was going to happen. Whether their house would be hit by a bomb, whether they survive or not.”

Nobody in the family was aware such a photo existed.

One thing confused him about the photo. His father, who was a small boy at the time, was not in it.