Entrepreneurs should expect corrected invoices from their providers. 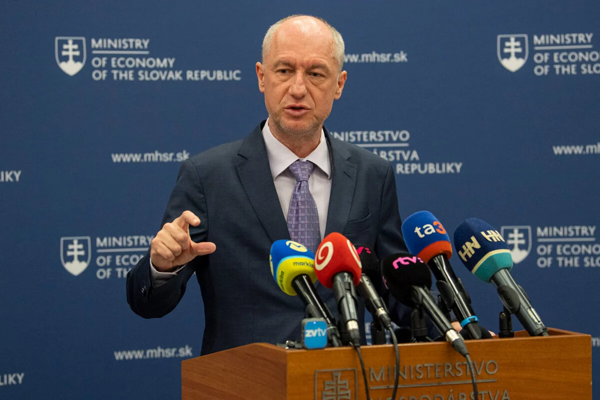 The government has approved compensation for entrepreneurs that is intended to counteract the recent steep rises in energy prices.

After negotiations with suppliers, the government plans to fund the compensation throughout 2023.

“Entrepreneurs will not be endangered by the energy price rises,” Heger wrote last week.

Many suppliers, including the biggest operators, SPP and ZSE Energia, temporarily suspended sending out invoices at the ministry’s request, according to Hirman.

Unregulated companies aided by a cap

Unregulated companies receive aid via a scheme introduced by the Economy Ministry in December 2022. Hirman said that the scheme should be launched in the next few days.

“No financial disaster is happening and will not happen. The regulations solve the situation and set prices for small businesses in a manner that allows them to operate easily without any price shocks," he stated.

Slovakia plans to spend €6 billion on keeping energy affordable for households this year, in addition to its support for businesses, municipalities and organisations. This would not be possible had the state budget not been approved at the last minute just before Christmas.

Just weeks before the end of last year, the government also adopted price caps on the tariffs and fees that make up the final electricity price for households and selected vulnerable groups, such as care homes and people living in social or rental homes. Though some of these, like the tariff for system services (TSS) and the tariff for system operation (TPS), increased by 60 per cent, households and other protected consumers will not see this in their bills in any significant way, the Regulatory Body for Network Industries (ÚRSO) has stated.