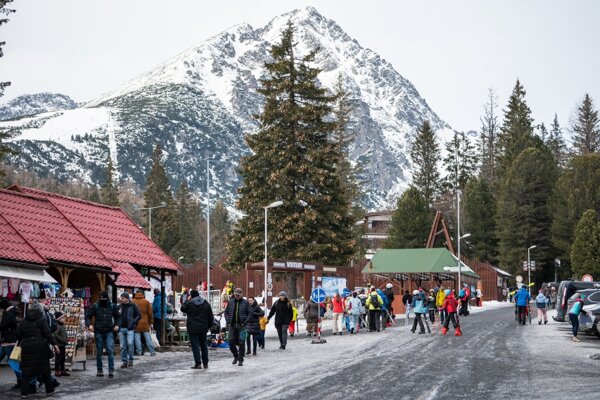 The climate crisis, and the associated rise in temperatures, is changing the nature of winter tourism in Slovakia.

At the new year dawned, Štrbské Pleso, one of the main resorts in Slovakia’s highest mountain range, the High Tatras, found itself largely without snow. Such a sight had not been seen in 33 years.

The Institute for Environmental Politics, a think tank that operates under the Environment Ministry, has published an analysis in which it assumes that winter temperatures will continue to rise.

The institute is calling for the reconsideration of all ski resort construction projects lower than 1,700 metres above sea level, since their operation could quickly be rendered unsustainable.

Warmer winters threaten the sustainability of the winter-sports business in Slovakia since it obviously depends on snow, and thrives only during periods of heavy snowfall.

A growing number of resorts will be unable to maintain their slopes and will thus need to shorten their seasons, the institute writes. Longer droughts, and increased rainfall at lower elevations during the winter months will also speed up the decline in conditions. 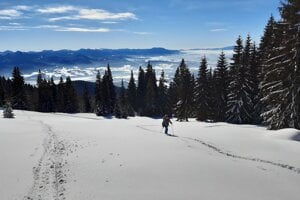 Slovakia’s weather broke several records in 2022. The country had one of its fourteen warmest autumns since 1871, as recorded by the Slovak Hydrometeorological Institute (SHMÚ). In December meteorologists recorded a run of 364 days without frost in the southern Slovak town of Hurbanovo, Nitra Region.The last recorded streak of such exceptionally warm weather dates back to 1901. Meteorologists have been recording more and longer periods without frost.

The end of December and early January saw some extraordinarily warm weather in Slovakia, say meteorologists from the SHMÚ. There were two unusually long series of days when the values of the maximum daily air temperature were higher than 10 degrees Celsius.

Ski resorts suffered more from weather than from Covid

According to the institute, periods of warmer and colder winters alternate, affecting the ski seasons. Local variations in the weather can play a significant role too. However, climate change means that no sustained colder periods are expected.

The prediction suggests that ski resorts will steadily become unsustainable. Several resorts have already been affected by the trend. The relatively warm, dry winter of 2013/2014 had a bigger impact on Slovak resorts than even the threat of Covid-19 in the 2020/2021 season.

Optimal conditions for ski resorts, at a temperature of -2°C, are possible on about 100 days a year. Under ideal conditions, ski resorts in Slovakia can open for 82 days per season; 35 days are required for a resort to function normally.

Out of a total of 107 ski resorts, 47 are located in the High Tatras. The resorts make a major contribution to local economies, boosting tourism.