A philharmonic reunion, a nihilist theatre and a debate on Slavín monument. 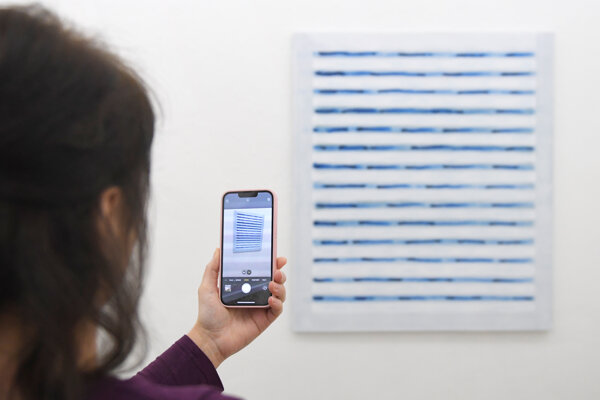 Image from the first retrospective exhibition of the painter and Zen teacher Oleg Šuk and his post-minimalist paintings from 2010 - 2020 at the Vojtech Löffler Museum in Košice on January 12, 2023. (Source: TASR - František Iván)
Font size:A-|A+  Comments disabled

Dom Umenia [House of Arts], one of the youngest national cultural monuments located in Piešťany reunites with the Slovak Philharmonic.

Western Slovakia's town cultural monument was originally built as a field office for the Slovak Philharmonic back in the 1980. The idea behind Dom Umenia was to bring culture closer to people in Piešťany along with the whole of Trnava and Nitra Regions, writes the philharmonic.

The building has fallen in and out the hands of Slovak Philharmonic and other owners which mirrored ongoing political and social changes in Slovakia, as described by the head of philharmonic Marián Turner. "Its return under the Slovak Philharmonic is a circle in history closing," added Turner. 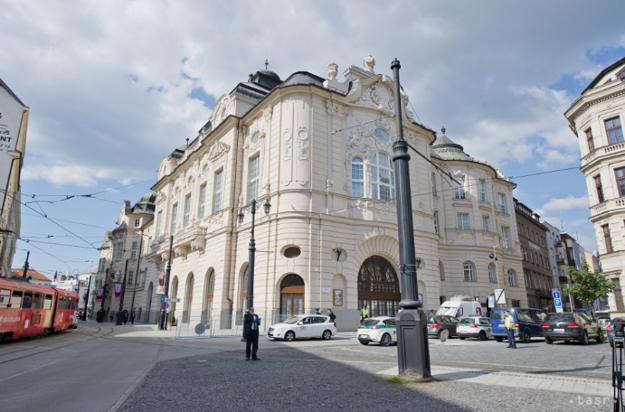 A string quintet supports Kohoutová's vocals during the show. The 19-year-old musician represents public media broadcaster Rádio_FM. Along with her, Slovakia's representation shines brightly in the line up this year.

In Europe's biggest showcase festival, held in the Netherlands, Slovakia shows its young music scene with 52 Hertz Whale and Adela Mede, which are part of the line-up too. The artists are a part of an international Europe-based lineup that showcases younger, new artists across Europe.

Just before heading to the festival, Kohoutová managed to release her first music video to her song "Moonlight". The song was a first release on musician's debut EP "Pandemonium". The artist herself describes the first song as a "slightly bizarre waltz, ironic ridicule towards myself and my own mannerisms. It shows its teeth to everyone that tragically chases after something".

Kohoutová has been leading a solo career for a few years now, as she was formerly a part of the Autumnist band. She first truly stood out in a collaboration with the Slovak band Fallgrapp known for combining electronic dance music and classical string instruments.

Bratislava's event space for alternative culture A4 prepares a staging of the title "Debris Company: Hunger" which satiates taste for nihilistic theatre piece. Title captures "a strange life of senses, mystery of nerves inside a starving, searching and conflicted body". The programme is in English with Slovak subtitles.

THEATRE: Wishing for more theatre? Slovak National Theatre offers an Italian opera, "La Traviata", with English and Slovak Subtitles.
CONCERT: For those who enjoy instrumental music, Slovak National Theatre holds a chamber concert.
TIPS: If you're looking for more on what to do in Bratislava, read this week's Foreigners: Top 10 events in Bratislava.

Picturesque accommodation for wandering tourists opens in Krásno nad Kysucou, a town in northern Slovakia. If you're looking for a little bit of adventure and fairytale, stilt-house like shelters resting in the middle of the peaceful nature of Kysucká Vrchovina highlands is a place to go. 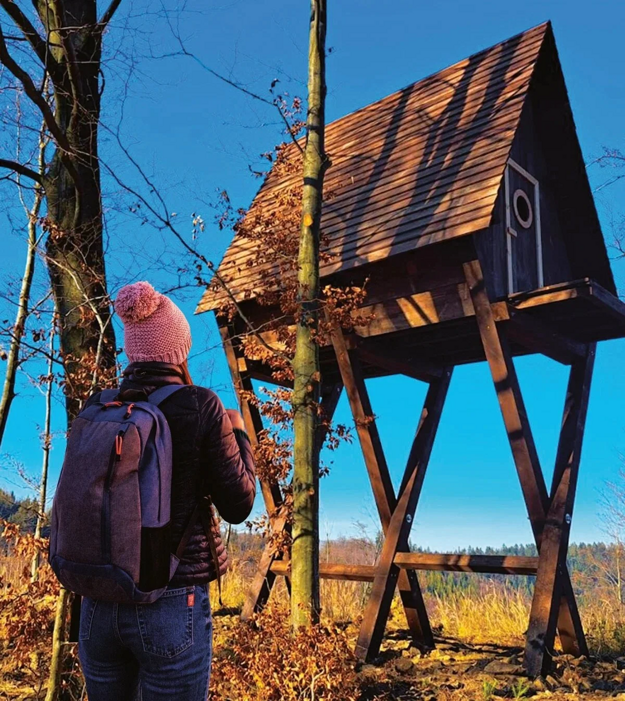 Slovakia's own Ján Vasilko uses geometry in a language of art. Combining machines, architecture, design and appliances, his art comes together in a complex precise matter. Explore absurdity, strict technical drawings and the aesthetic of machines in Danubiana's "Inside the Surface".

FOOD: Cowboy-worthy lunch: A buffet stall paying homage to the US's Wild West has become a hit with hikers in the Beskydy Mountains.
TRIP: Traditional barns in Liptov: A paradise for photographers, painters and artists.
WEATHER: Check the weather forecast and snow news.

Many Slovak city districts are known for their colourful block of flats, a post-socialist staple in architecture. The same applies to Bratislava's districts and building complexes like Družba dormitories. Slovak photographer Štefan Cipár tries to popularise the beauty of mundane and shine light onto architecture. The idea is for people to look at old and colourfully kitschy buildings from different perspectives.

The photographer says that controversial buildings like the extension of Slovak National Gallery are sometimes a vision exceeding its time period. One of said controversial monuments is monument Slavín for fallen soldiers which reminds Slovaks of communism, Soviet Union or Russia. According to some historians, it is a Russian foot set in Slovakia.

Despite the current geo-political situation, architecture is not to blame for what is happening, Cipár says.

What to read: A Slovak descendant played with US football team in the first World Cup back in the thirties. Read more about Michael Bookie's life.
What to listen to: Slovak band HEX has released a new single, "Možno Si Pamätáš" (You May Remember), on which the band collaborated with other Slovak musicians.

That's it for this week. Take care, have a restful weekend.
-Mária

Do you have any tips? You can reach Mária at maria.jurikova@spectator.sk