SLOVAK military airplane that was transporting soldiers from the south Serbian province of Kosovo to eastern Slovakia's Košice crashed into a mountain near to the Slovak-Hungarian border last evening, killing 44 people on Thursday, January 19. 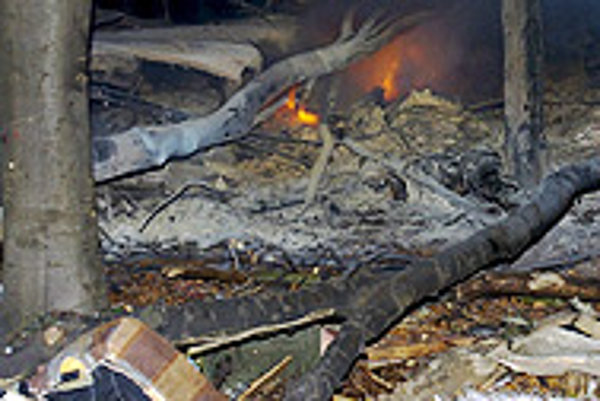 SLOVAK military airplane that was transporting soldiers from the south Serbian province of Kosovo to eastern Slovakia's Košice crashed into a mountain near to the Slovak-Hungarian border last evening, killing 42 people on Thursday, January 19.

The plane crashed 250 kilometres from the Hungarian capital Budapest and just 20 km from the Slovak base in Košice where the troops were headed. The Slovak Defence Ministry said that most of the people on the aircraft were from the KFOR peacekeeping mission in Kosovo.

PM Mikuláš Dzurinda held a late-night press conference and said that the Slovak and Hungarian rescuers had done their best to save lives. Slovak officials established a crisis team immediately after the accident.

Rescue efforts were complicated by the cold and the inaccessibilty of the area.

Masses for the dead will be held while state subsidized media, such as Slovak Television and Slovak Radio cancelled all entertainment programmes for the day. The official mourning last until February 24 noon.

The official farewell to the victims with full military honours should take place February 26 at the military airport in Košice, the daily SME reported.

The investigation into the tragedy is underway but is bound to take weeks, if not months.

The Military Air Equipment Testing Institute in Košice is currently examining the "black box" flight recorder of the Antonov-24 aircraft.

The black box contains computer records of the whole flight, but the part containing the cockpit sound recording, yet to be transported from Hungary, has been so damaged that it is unusable in the investigation, according to László Garamvolgyi, spokesman for the Hungarian police in Budapest.

Debris from the Košice-bound plane, which was bringing Slovak troops back from the NATO peacekeeping mission in Kosovo, was being collected to be taken for analysis in Slovakia.

"It will be brought to Prešov airbase, where it will be analyzed. The official investigation commission will decide which parts will be needed for an in-depth analysis, in other words, which parts are directly linked to the accident," said Vanga.

Other experts are ready to assist in providing further analysis if necessary. In the past, the military has co-operated with the Slovak Academy of Sciences, and is also willing to consult foreign experts.