ELEVEN YEARS ago on April 29, Róbert Remiáš, a key figure in the Michal Kováč, Jr. kidnapping case, was killed, and the Slovak public still does not know who did it.
Remiáš was the best friend of Oskar Fegyveres, the former Slovak secret police (SIS) officer who was the principal witness in the kidnapping of Kováč, son of the sitting president. Remiáš was killed in 1996 when his car exploded in the Bratislava suburb of Karlova Ves. 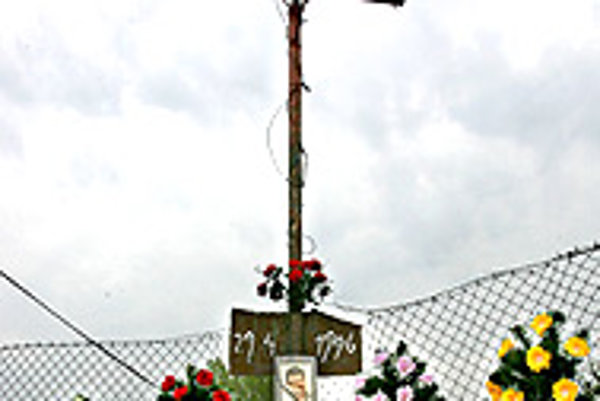 Font size:A-|A+  Comments disabled
ELEVEN YEARS ago on April 29, Róbert Remiáš, a key figure in the Michal Kováč, Jr. kidnapping case, was killed, and the Slovak public still does not know who did it.

Remiáš was the best friend of Oskar Fegyveres, the former Slovak secret police (SIS) officer who was the principal witness in the kidnapping of Kováč, son of the sitting president. Remiáš was killed in 1996 when his car exploded in the Bratislava suburb of Karlova Ves.

The former head of the SIS, Ivan Lexa, was charged in 2002 with ordering the murder of Remiáš. Imrich Oláh and Jozef Roháč were charged in 1999 with committing the murder. But those accusations were dropped within days of each other last September.

Lexa's lawyer argued that Remiáš's death was not a murder at all, but that the explosion was caused by a faulty fuel system in his BMW.

But according to information obtained by The Slovak Spectator, several specialists hired by Lexa's lawyers have not ruled out the possibility of the explosion being caused by a car bomb.

According to a source who did not want to be named, analyses from the specialists concluded that police and criminal experts did not sufficiently collect the evidence at the scene - including the evidence that is routinely collected at crime scenes.

The experts, who specialize in several different fields, did not find any new information about the case, the source said.

In the summer of 2001, Tibor Šmída, who worked for the Criminal Forensics Institute at the time of the investigation, explained that police were not able to follow standard crime scene procedures when they investigated the explosion because they were called away from the scene.

"The force was sent to another place in Bratislava," he said. "It was very unusual. So the Criminal Forensics Institute workers did not finish securing the evidence in the case of the Róbert Remiáš car accident. Of course, by the next morning, much of the evidence was destroyed."

According to The Slovak Spectator's information, police recently ordered a new expert analysis from the Institute of Energetic Materials in Pardubice, in the Czech Republic. It has not yet been completed.

Remiáš became involved in the Kováč case after Fegyveres testified to investigators that the kidnapping was organized and executed by the SIS. Fegyveres fled abroad, fearing his life was in danger, but remained in contact with Remiáš.

Six months after Fegyveres fled, on the night of April 29, 1996, Remiáš's BMW 320 exploded while he was driving along Karloveská Road in Bratislava. He was burned to death.

The investigation has taken several twists over the last decade, with no resolution in sight.

"Experts have repeatedly been heard in this matter, operations have been made, and evidence has been collected," Jana Tökölyová, spokesperson for the General Prosecutor's Office, told The Slovak Spectator. "This matter is [still] being investigated. This is why we will not give out any detailed information at the moment."

The day the charges against Lexa were dropped last September, his lawyer, Ján Cuper, said Remiáš was not murdered. He said several expert analyses ordered by Lexa's lawyers prove that Remiáš's car exploded because of mechanical problems with the fuel system.

"The Special Prosecutor concentrated on the fact that the crime did not happen with Ivan Lexa as the instigator," Cuper told the state press agency TASR on September 22, 2006. "But we have collected enough evidence to show that the crime was not committed at all. And there is no reason for the investigators to be further engaged in investigating this matter."

On the same day, General Prosecutor Dobroslav Trnka suggested on Slovak Radio that Cuper's theory about a mechanical flaw leading to Remiáš's death was plausible.

"I have not ruled out that technological information may tell us that it does not necessarily need to be classified as a murder, but I would not like to make assumptions about how the investigation will develop," he said.

Trnka promised he would decide which direction the investigation of Remiáš's death should take within one week. That still has not happened.

"The cause of the fire in the car was the explosion of an explosive near the gas tank," the report said. "Technological failure ... is virtually impossible without a deliberate manipulation with the fuel system."

The report also mentioned traces of explosives: "The X-ray analysis showed that in some places around the damaged fuel tank, a combination of elements was found that is present in pyrotechnical mixtures."

The possibility that Remiáš's car exploded because of human manipulation was first mentioned on September 9, 1996, by the then-head of the police investigation department, Ján Kosťov.

"An explosive weighing about 150 to 200 grams was most likely used," he said at a press conference.

The allegation that Lexa ordered the murder of Remiáš was first raised in the testimony of Karol Szatmári, an organized crime figure, and an anonymous witness.

Szatmári testified that Lexa ordered the murder from the then-boss of the Slovak underworld, Miroslav Sýkora. Sýkora then arranged for Roháč and Oláh to kill Remiáš, Szatmári said.

Police later discovered that Szatmári killed Oláh, which cast doubt on his testimony.

In April 2006, police found Szatmári drowned in the River Váh. Immediately, the anonymous witness recalled his testimony against Lexa from five years before.

Sýkora is not alive any more, either. He was killed by several bursts of machine-gun fire at noon on February 6, 1997 in front of the Holiday Inn Hotel.

Another witness, Bratislava mobster Roman Deák, was murdered on October 20, 1999, by a so-far unknown killer with three or four shots from behind while leaving his Mercedes. A few days earlier, police accused him of blackmail.

Roháč, who also has an arrest warrant against him issued by the Hungarian police, is currently in hiding.

There are not likely to be any new developments in the Remiáš murder investigation, as almost all suspects and witnesses are dead.

Until now, police have not reacted to the facts included in the Report on the Activities of the Slovak Information Service, which was delivered in 1999 by SIS head Vladimír Mitro. Information from the report indicates that the SIS shadowed Remiáš up until his death.

"There are several proven facts which indicated the suspicion that the SIS had a hand in the death of R. Remiáš," the report said. "His telephone in his flat was bugged by the SIS from November 14, 1995 until his death. At the same time, he was spied on systematically in connection with his relation to Oskar Fegyveres. An apartment of a member of the SIS was even used to spy on Remiáš. Remiáš was even followed on the day when his car exploded."