NEIGHBOURING regions often find themselves dealing with similar problems and at the same time enjoying similar advantages. This holds true even across national borders and is becoming even more frequent with the onset of a united Europe. 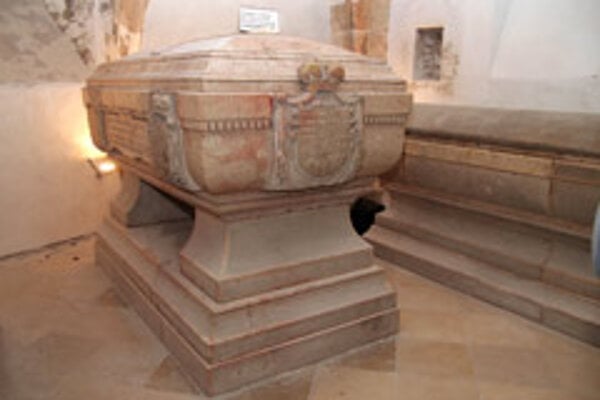 The restoration of the Rákoczi crypt was a cross-border project. (Source: SITA)
Font size:A-|A+

NEIGHBOURING regions often find themselves dealing with similar problems and at the same time enjoying similar advantages. This holds true even across national borders and is becoming even more frequent with the onset of a united Europe.

On the European level, the Czech Republic, Hungary, Poland and Slovakia, former members of Central Europe's communist bloc, formed the Visegrad Four group to strengthen their representation, but on the local level there is much more going on with common cultures, languages and economic interests offering fertile soil for cross-border projects.

Slovakia is no exception, and almost all the country's eight regions have been involved in cross-border projects with regions in neighbouring countries.

"This cooperation's success depends on the long-term cooperation of local governments on both sides of the border and interest in mutually advantageous collaboration," Stanislav Katrinec, spokesman of the chairman of the Nitra Region, told The Slovak Spectator.

Language barriers are often not a problem, said Katrinec, whose local region has mostly been cooperating with Hungary.

Having similar problems calling for similar solutions adds to the importance of this cooperation, Katrinec said. The regions might also want to promote themselves abroad and further develop their potential, he added.

The Žilina Region has been most;y involved in joint projects with regions in the Czech Republic.

"These regions can support other regions that have fallen behind, as well as disadvantaged groups of citizens, by filling in the gaps between the regions and completing the infrastructure that secures sustainable development," said Peter Kubica, spokesman of the Žilina Region.

These Czech-Slovak links also include smaller grass-root projects, which are popular because these boost tourism, strengthen contact between neighbours and offer insight into other cultures.

The Trenčín Region cooperates mainly with the Zlín Region in the Czech Republic with a current focus on constructing two motorways that would link the regions and developing tourism and cultural ties, said Peter Toman of the Trenčín Region's media department.

Chairman of the Košice Region Zdenko Trebuľa said that the Košice Region has developed a programme for Hungary, Slovakia and Ukraine within the framework of the INTERREG IIIA initiative, which has inspired the exchange of theatrical performances between Košice and Miskolc, and the refurbishment of the pearl of the Gothic Road - the Rákoczi crypt in St. Elisabeth Cathedral in Košice.

However, cooperation with Hungary goes even deeper, said Trebuľa.

The Košice and Banská Bystrica regions have signed an agreement of cooperation concerning the Borsod - Abaúj - Zemplén region and Nógrád in Hungary. The regions have agreed to support cross-border projects that will deal with common problems. The Košice Region, on the Slovak side, and the Borsod - Abaúj - Zemplén region on Hungarian side were the most successful in submitting projects and getting them approved, according to Trebuľa.

INTERREG IIIA, an EU initiative meant to inspire cross-border cooperation between regions, wrapped up in 2006 but some of its projects are still in the midst of their final stages. The initiative has been replaced by the European Regional Cooperation Programme.

INTERREG IIIA also brought about the reconstruction of the Perín - Buzica - Szemere roads in Košice and Hungary and repaired a road and a cycling-path on the Slovak-Ukraine border, which can also be used for hiking between Veľké Slemence and Suhra, and the road connecting Veľké Trakany and the Hungarian border, said Trebuľa.

The Žilina Region cooperated with Poland and the Czech Republic through the INTERREG IIIA initiative, with the most significant Slovak-Czech project being the "Discovering the Rajec Valley" project, focused on the preservation of the natural heritage and the development of tourism in the Rajec Valley, which included re-opening tourist centres, said Kubica.

Slovak-Polish activities included cooperation in the spheres of independent culture and its role in the integration of socially-disadvantaged groups into society in regions near the Slovak-Polish border, said Kubica.

However, even after INTERREG IIIA, the region is planning new projects with Polish regions to reconstruct secondary and country roads and, in the environmental sphere, a project to protect biotopes in the Beskydy mountain area on both sides of the border.

Within INTERREG IIIA, the Nitra Region supported a model of using biomass as an energy source for one Hungarian and three Slovak regions, and an interregional outline for the remote organisation of labour.