Watchdog has its eyes on auditors

FINANCIAL scandals involving international giants such as Enron or Worldcom convinced the European Union of the need for independent audit oversight bodies that could prevent such developments in member countries. 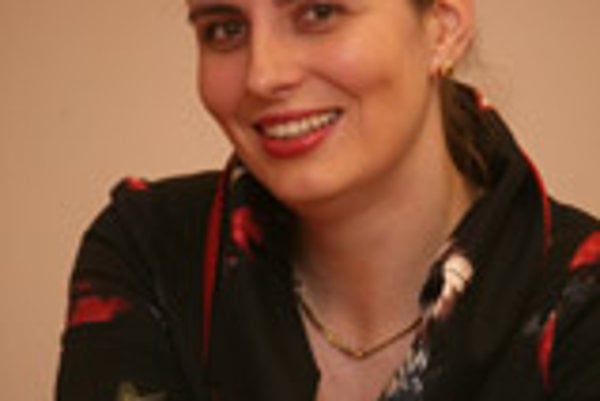 FINANCIAL scandals involving international giants such as Enron or Worldcom convinced the European Union of the need for independent audit oversight bodies that could prevent such developments in member countries.

Slovakia founded its Office for Oversight of Audit at the beginning of this year. The office will be financed both from state coffers and from fees for its services.

The Slovak Spectator spoke to Ingrid Melicherová, the office's newly appointed director general, about her goals and the specifics of what an audit represents.

The Slovak Spectator (TSS): Why was the oversight office established?

Ingrid Melicherová (IM): The European Union 8th Company Law Directive on Statutory Audit required that all member countries establish independent audit oversight bodies by the end of this June. Therefore, this office and its role were created under the provisions of Slovakia's Act on Auditors, Audit, and Audit Supervision and Act on Accounting.

The scandals caused by non-transparent auditing and financial reporting in Enron, Worldcom and Parmalat made headlines around the world and created an urgent need for audit oversight across Europe.

TSS: What are the main goals and roles of the office?

The office should also improve access to information on the IFRS to help accountants and the public better understand financial statements and make investment decisions.

The office will maintain a list of auditors and companies that provide audits. It will organise examinations for auditors and euro-auditors and issue audit licences and certificates. It will oversee the Chamber of Auditors and the supervision, education and training the chamber provides. The office is also authorised to conduct its own audits in addition to the chamber's.

A country with a high standard of auditing and financial reporting has more competition, which benefits the entire economy. If the office motivates companies to achieve such a standard, it will certainly lead to increased prosperity and competitiveness.

TSS: Is the office competition to the Chamber of Auditors?

IM: Definitely not. The chamber is an independent association of auditors, while the office is a supervising body. The chamber will continue securing activities such as training and checking audits. The EU adopted the 8th Directive to avoid cases such as Enron and Parmalat, with the thought that the audits have to maintain a certain quality and qualification. That is why the supervision over chambers and associations was established.

Slovakia has quite a good track record of audit supervision, but has not had an independent oversight body that cooperates with other international audit oversight bodies.

TSS: Why are high quality audits so important to companies and the economy?

IM: An auditor's statement should express "a true view" of a company. It does not exactly mean that every crown is accounted for, but it should express that a company will exist and remain healthy for the foreseeable future. This secures the economy's stability. In a small economy such as Slovakia, cases like Parmalat and Worldcom would have had an impact.

Audits are also important for investors. Financial statements can tell mutual fund or large institutional investors whether a company is efficient and worth investing in. Statements say whether dividends are paid out, if there is a certain return on equity, and so on. Managers benefit too. A qualified management needs trustworthy financial information to make correct decisions.

TSS: You have mentioned the IFRS, IAS and ISA several times. Why is it important to use them?

IM: The IFRS, IAS, and ISA allow an international comparison of companies' efficiency. If there are differences in, for example, accounting provisions or securities, it is very difficult for investors or the public to understand without local knowledge. The IFRS makes all that much easier and efficient.

TSS: In what way will the office cooperate with other international and national audit bodies?

IM: We plan to cooperate with similar oversight bodies in the European Union, as well as in the USA, Canada, Japan and other Asian countries.

TSS: The office is still in the process of being created. When can we expect it in its final shape?

IM: A board of directors has been appointed and has already created other committees. The members are professionals in the area of auditing and will not be paid.

Eventually, the Office for Oversight of Audit will have about 10 employees. But this takes time and I do not want to hurry the process. It is better to do it slowly and meet all the EU's requirements. To find in such a small country a person who is not an auditor but who has mastered the IAS, IFRS and international audit procedures - and to do it, of course, with limited resources - is a challenge, but I believe I can do it.