FOR A LONG TIME Miroslav Beblavý thought that he would study anything but economics. But after finishing high school, he chose it as a safe option while studying theatre at the University of Performing Arts in Bratislava, from which he received a BA. 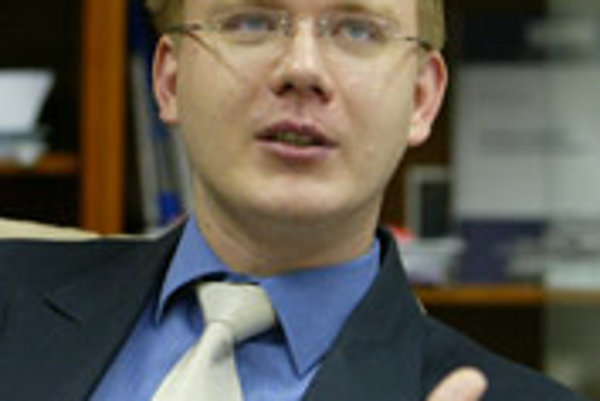 FOR A LONG TIME Miroslav Beblavý thought that he would study anything but economics. But after finishing high school, he chose it as a safe option while studying theatre at the University of Performing Arts in Bratislava, from which he received a BA.

"I loved theatre, but I gradually came to realise that it was not the life for me," says Beblavý about his decision to continue his MA and PhD studies only in economics.

Today, he is the executive director of the Slovak Governance Institute (SGI), an NGO that provides policy analysis and advice on issues of social policy, governance and education. He is currently working on an analysis of how to significantly improve Slovak higher education.

"Universities need to change in a way that attracts and retains the best individuals in teaching and research," Beblavý explains.

He said the US, UK, Scandinavia, Ireland and the Netherlands are examples of countries in which top-notch universities serve as the benchmarks of Western standards. For Slovak universities to catch up with them, rules on financing need to develop so that they support individual excellence in both teaching and research, according to Beblavý.

"Introducing tuition fees would be good for Slovak education because it would pour more money into the system and empower students as consumers," he believes, though he acknowledges that tuition fees are not the only solution. The 2002 higher education reforms have already brought about some change by giving universities and especially their rectors a high degree of autonomy, Beblavý says.

"I believe they now have the responsibility to show what they can do with that autonomy," he adds.

Beblavý participated in setting up the first MA programme in Public Policy in Slovakia at Comenius University in Bratislava.

"I'm still teaching there and, despite all the problems, I think it shows what can be done when you have the will," Beblavý says, adding that the quality of the Public Policy programme is internationally comparable.

Beblavý completed his MA and PhD in economics at the University of St. Andrews in the UK, financed through a Chevening scholarship from the British government. After spending a year at an American high school and a semester at Brandeis University in the US during his BA studies, Beblavý always knew he would do his MA abroad.

"The reason for that was simple - in economics as a science, there was no institution in Slovakia that was of really high quality. And there still isn't," he says.

The benefits of being at a first-rate university add to the rewards of being abroad. And as far as what makes a university first-rate, according to Beblavý, it ranges from the books you're assigned to the teachers you have to the other students.

"All of this accelerates and enhances your intellectual development significantly beyond what you could achieve at home," he says. "In terms of being abroad, I will not surprise anyone by saying that if you have an open mind, spending an extended period abroad will give you a much broader outlook on life, culture and politics."

In spite of all the benefits of life abroad, Beblavý says he feels fairly patriotic and very much enjoys living in Slovakia. That is why he decided to return from the UK after finishing his studies.

Furthermore, he finished his MA in 1999, when Slovakia was emerging from the Mečiar era and starting a process that Beblavý found extremely exciting to be a part of. Since he'd already gained some experience in journalism at The Slovak Spectator, he accepted an offer from Milan Šimečka, former editor-in-chief of the Sme daily, to come on board as an economics editor. A decade afterwards, he believes it was the right decision.

"Since then, my professional experience here has been much more rewarding than anything I would have been able to get in the West," he says.

From 2002 to 2006 he served as the State Secretary of the Slovak Ministry of Labour, Social Affairs and Family. In his opinion, the ministry had a clear mission and the courage to implement it. Beblavý is particularly proud that he was able to design and implement the employment and social reforms of that period.

"Every time I open a newspaper and see the news about unemployment falling and standards of living improving, I am extremely proud that I was able to contribute to policies that brought this about," he says.

He also hinted that he would be willing to go back, "if there was once again a government in Slovakia that had a clear vision of how to modernise the country further, particularly in education, and was willing to implement it."

In government you are able to accomplish things that change the lives of tens or even hundreds of thousands of people for the better, Beblavý explains. But at the same time, you are a part of a huge machine and have to accept and adapt to many things that you dislike, he added.

The direct power to change government policy is missing in the non-governmental sector, but freedom and having control over his time is what Beblavý likes about his job at SGI, which is unpaid. Since leaving the government, he's been working as an international consultant outside Slovakia in the areas of economic policy, governance and public administration. However, he believes the small group of NGO think tanks is one of the factors that has helped Slovakia make great strides over the last 15 years.