WHAT for many seemed a pretty improbable development a decade ago is now becoming a labour market trend: Slovaks are losing interest in taking low-qualified jobs abroad and those who have been working in such jobs for years might now be returning home. 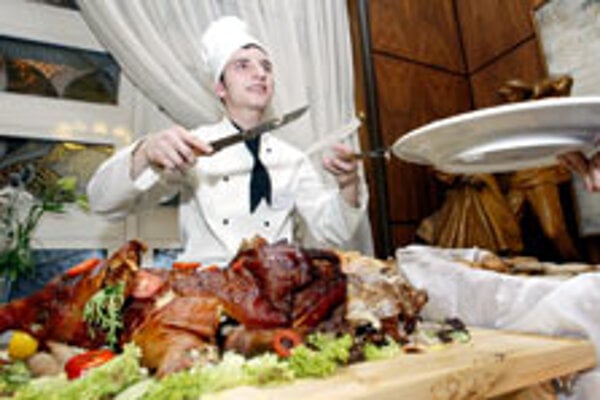 WHAT for many seemed a pretty improbable development a decade ago is now becoming a labour market trend: Slovaks are losing interest in taking low-qualified jobs abroad and those who have been working in such jobs for years might now be returning home.

The strong Slovak currency, growing wages and changing conditions in the domestic labour market have all combined to make foreign work less attractive for Slovaks, say labour market observers. Also, the benefit of having foreign experience in less qualified job no longer offers the advantages that it used to, experts say.

While professionals agree that the trend of Slovaks returning will continue, they are less optimistic about the Slovak Labour Centre's idea for a campaign to encourage them back. They are more likely to trust information from other sources, especially friends and family, market watchers say.

Slovaks' interest in working abroad has dropped over the past two years. Whereas interest in foreign work grew between 2004 and 2006, recently only 15 percent of those who were seeking a job wanted to work abroad. This is 5 percent less than in 2006, when the highest interest in foreign jobs was recorded, according to the Profesia recruitment website's database of CVs and job offers.
Great Britain has seen the steepest decline in interest as a target job market, dropping by half over the last two years. Only 4 percent of job seekers currently want to work there. There was a slight decrease in people taking jobs in the Czech Republic, Ireland, USA, Germany and Austria. By contrast, interest in jobs in the Netherlands and Switzerland has risen over the last two years, according to Profesia.

In most countries there is demand for seasonal workers, administrative staff and waiters. The exception is the Czech Republic, where mainly people with university education are seeking jobs since Czech companies accept Slovaks as qualified and reliable employees, said Profesia.

"There are multiple reasons behind the lower interest in jobs abroad," said Dalibor Jakuš, managing director of the Profesia portal. "The falling unemployment rate and thus the greater chance of finding a job at home, the growth of real wages, flat tax: all these are among the reasons."

Jakuš also listed the strengthening Slovak crown as one of the significant reasons: back in 2004, one British pound bought Sk60; now it is Sk40, meaning that people working in the UK have seen the purchasing power of their salaries in Slovakia fall by a third.

There was an even more dramatic change in salary differentials as a result of the declining value of the US dollar, which has fallen from Sk35 to Sk20, said Jakuš.

"Certainly, this drop significantly reduces the difference between foreign and Slovak salaries and, after taking account of living expenses, the motivation for seeking jobs abroad also drops," Jakuš told The Slovak Spectator.

The last reason is, said Jakuš the growing competition abroad from labourers from other countries in Central and Eastern Europe which has had an impact on the salaries offered.

However, Jakuš said that the motivation to gain language skills and professional experience remains a significant reason for people to seek jobs abroad, especially those with higher education.

Financial motivation is dominant mainly for people with lower education, and Jakuš said he expected interest among this group to drop in line with the financial advantages.

The most important factor that influences people's job-related choices is the relative living standard, which reflects the living expenses in a given country, agrees Radovan Ďurana of the Institute of Economic and Social Studies (INESS).

"The real growth of wages is high in Slovakia, which makes it possible to catch up faster with the living standards [of more developed countries]," Ďurana told The Slovak Spectator. 'The differences between wages have also shrunk thanks to the strengthening crown, which is reflected in the decline in the attractiveness of foreign jobs."

Foreign salaries must in fact also cover the costs of relocation, the weakening of social ties or the foreign-language environment," said Ďurana.

Also the relocation of some foreign jobs to Slovakia weakens the motivation to travel for lightly qualified or unqualified labour, Ďurana added.

Meanwhile the Centre of Labour, Social Affairs and Family has toyed with the idea of running a campaign to bring Slovaks who have been working abroad home and use them as a cure for the growing lack of labour in Slovakia. However, Jakuš said that these people are coming home anyway.

"The trend of people returning to Slovakia is already measurable so I do not think any specially targeted campaign is necessary," Jakuš said.

People working abroad intensively monitor the situation in Slovakia and they are in contact with their family and friends, so they have enough information on which to base their decision to return home, Jakuš added.

The campaign will probably be useless because family and friends are more effective information channels than state officials, Ďurana agreed.

"In the near future we do not expect a more significant growth of domestic labour as a result of people coming back," Ďurana said.

As for the options for people who return home after working abroad, Jakuš said that there are already a high number of people with foreign experience in the market and that it's no longer such a big advantage when applying for jobs.

"In the case of qualified applicants who in fact spent several years working in a low-skilled job abroad, their only advantage is language skills," Jakuš said. "However, these do not balance the deficit of relevant work experiences when compared to applicants who have been working during the same period in their profession in Slovakia."

Many applicants upon their return home might be surprised that their stay abroad does not necessarily increase their value in the labour market, Jakuš concluded.

The Centre of Labour, Social Affairs and Family has confirmed the declining trend, however the centre has not yet registered any sharp decline based on data from the international network of labour offices EURES.

Ján Sihelský, General Director of the Centre, said that interest in jobs abroad is still high among clients of EURES and is comparable to 2007, which was slightly less than in 2006.

"Today a large number of jobs abroad which attracted interest back in 2005 or 2006 are practically impossible to fill today," Sihelský told The Slovak Spectator. "Another new development that we have observed is that some of the Slovaks who travelled to take up jobs abroad now plan to come home."

Migration waves from Slovakia abroad have now balanced out and, based on the centre's estimate, there are currently about 250,000 people working abroad, said Sihelský.

The balance has been achieved mainly thanks to strong economic growth, changes in the labour market and the growth of nominal and real wages with a continual strengthening of the Slovak crown, which is about 20 percent stronger now than it was at the time when Slovakia entered the European Union, Sihelský added.

The total number of Slovaks who migrated to find jobs in the European Union stands at 270,000. Of this number approximately 20,000 have returned home, according to Sihelský.