One size doesn't fit all

UNTIL recently, salary was the sole criterion used in Slovakia to determine whether a job was good.But now that the country is experiencing a measurable growth in salaries, Slovaks have started inquiring into the non-financial benefits an employer provides. 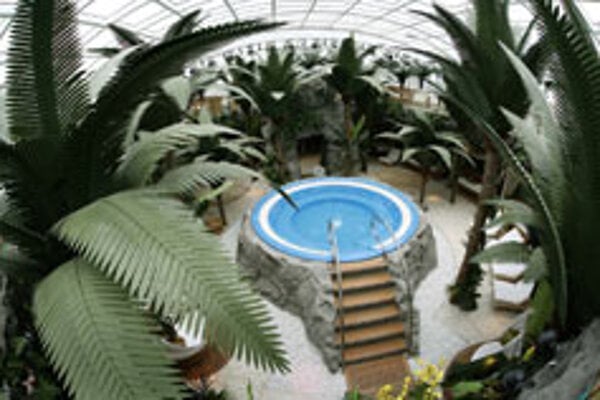 Trips to a wellness facility can be a non-financial benefit. (Source: Reuters)
Font size:A-|A+

UNTIL recently, salary was the sole criterion used in Slovakia to determine whether a job was good.
But now that the country is experiencing a measurable growth in salaries, Slovaks have started inquiring into the non-financial benefits an employer provides.

At the same time, the labour market shortage has pushed employers to create reward and motivation schemes that attract new employees and retain existing ones. There are no ideal set of benefits, say professionals, but a savvy employer is able to identify employees' needs and incorporate them into the motivation scheme.

"Financial reward alone is no longer enough to retain employees, and in many cases it is not enough to attract new ones," said Dana Blechová, country manager for Iventa Slovakia Management Consulting.

Pleasant work facilities and good relations with colleagues and managers are becoming more and more important, she added.

Financial rewards were more of a priority in the recent past, said Igor Šulík, a managing partner from Amrop Hever Slovakia, and Ivan Tomko, a consultant there.

At that time, employees received only the benefits to which they were legally entitled, such as vacation time, sick days, maternity leave and funds for social events and activities.

It was foreign investors and international companies that set up their plants in Slovakia that started new trends in the country. The first new type of benefits were mobile phones, notebook computers, company cars, extra time off, and parking places.

"Benefits oriented to long-term career planning and striking the work/life balance are more and more emphasised," Šulík and Tomko said.

It has developed quickly, and the benefits that were reserved solely for upper managers are now common to all employees, they added.

However, a salary is still a basic tool and an important part of the motivation scheme in a company, said Luboš Sirota, chairman of the board of directors of Trenkwalder.

He added that it is foreign companies that are putting more of an emphasis on non-financial benefits.

"This got employees used to it and they started demanding benefits from employers," he said.

For example, low-income groups respond positively to benefits such as free beverages at the work place, Sirota said. University graduates appreciate the chance to continue their education.

An employee starts appreciating the non-financial sides of a job when they have the feeling that their basic needs are covered, Blechová said.

"Each one might get that feeling in a different stage of their career," she told The Slovak Spectator.

The financial reward is still the most important factor in low qualified labour, according to Šulík and Tomko. In general, employees at the lower levels of an organisational structure prefer the safety of a higher sum on their job contract.

A financial reward is often a very important motivating factor, but it usually has a much shorter effect than other factors, they added.

"At the end of the day, the financial reward, no matter how high it is, is a short-sighted solution," Šulík and Tomko told The Slovak Spectator.

Many employees have woken up to this when evaluating the quality of their employment and taking other factors into consideration, such as job duties, company culture, image and goodwill, its core business, the position of an employee in the organisational structure, relations at the working place, leadership possibilities, responsibilities, career growth and others, according to Šulík and Tomko.

Some Slovak employers are offering insurance on top of what they are required by law, such as additional old-age pension insurance, life insurance and above-standard health care, say HR professionals. They also provide their employees extra days off and sick days. Others allow use of company cars for private purposes.

Employees might also receive discounts on their company's products or services, a subsidised canteen, or free beverages. Other benefits include one-off bonuses for anniversaries or retirement, interest-free loans, and free hours with a psychologist, lawyer, or financial consultant.
Upper management is offered various company and club cards.

Employers can also contribute to their employees attending sports and wellness facilities, cultural events, or buying clothes that fit the company dress code.

Some benefits such as a company car offered in Slovakia differ from those more widely offered in Western Europe and the United States, said Blechová. A company car would be unusual in those places because a lot of people have their own.

"In Western Europe, flexible working hours, the chance to work part time, and support for employees with families are considered great benefits," Blechová said. "There is a greater effort to balance work and family. The workers there put in fewer hours on average but are more effective."

Employers in the United States are less generous when it comes to benefits, said Blechová.

Sometimes, it is considered a good benefit when an employer provides quality health insurance. Shares in the company are also a common benefit in the United States.

When creating their reward and motivation schemes employers in Slovakia often make the mistake of providing benefits that their employees do not use or that are used by only a small group of people.

In this case, employers come across as uninterested and introducing such motivation schemes is counterproductive, Sirota said.

"The motivation schemes are often introduced as 'one-size-fits-all,'" Blechová said.

Local branches of international companies often take the motivation schemes from their headquarters without adjusting them to local conditions, she added.

And there is still too much focus on financial rewards, according to Šulík and Tomko.

Companies that are able to identify the benefits that are a real added value to their employees record minimal turnover, say professionals.

Therefore, some companies have introduced a so-called cafeteria system of benefits and bonuses. Employees can choose the benefits the "cafeteria" offers within a certain financial limit, said Šulík and Tomko.

However, no reward and motivation schemes can satisfy all and it is difficult to introduce a fair system for everyone, said Blechová.

It is important that the employees understand the reward system and that the system is transparent. Communication about this is crucial, she added.

"A company that is able to adjust the reward and motivation system to the specific needs of individual employees is considered a good employer," Šulík and Tomko said. "The optimal situation is to reach as close a match of both parties' expectations as possible."