IN MANY parts of the Slovak countryside, a mobile connection is the only option for receiving internet service. This, as well as the growth potential among customers who are still connected through cables, makes the mobile internet market far from saturated, say market watchers. 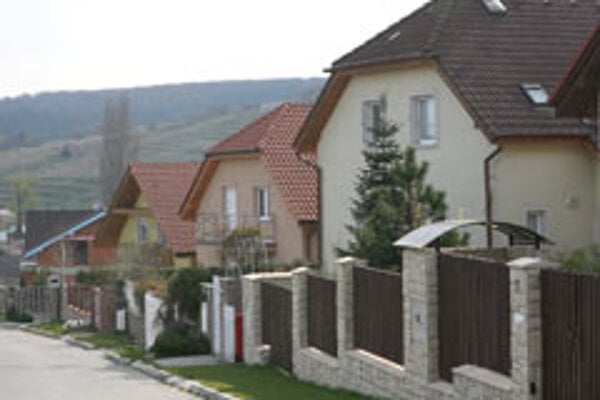 IN MANY parts of the Slovak countryside, a mobile connection is the only option for receiving internet service. This, as well as the growth potential among customers who are still connected through cables, makes the mobile internet market far from saturated, say market watchers.

Therefore, the telecom market is planning further development of mobile internet service. The Slovak Telecommunications Office recently freed the 870 MHz frequency, which is unsuitable for voice services in GSM technology, for mobile networks. Orange, the country’s largest mobile telecom provider, won the frequency in a tender by offering Sk40 million for 20 years of use.

The Telecommunications Office announced a tender for an operator of the frequency band 872-876 MHz / 917-921 MHz on March 31. The bidders were required to submit their bids by the morning of April 29, and the winner was to be announced the same day.

The new network will enable the company to enhance the range of services it offers and increase the penetration of high-speed internet access, Vavro said.

Orange won from among three bidders that included Irish Logic Systems Ltd and Telefónica O2 Slovakia. However, the commission excluded the Irish company because it did not meet the tender requirements.

Telefónica O2 Slovakia came in second in the tender. It refused to release the price it had offered, declaring it a trade secret.

The price was the sole criterion for evaluating the tenders.

“The winner will be the one that offers the highest one-off payment,” read the Telecom-munications Office announcement when the tender was published. The announcement made it clear that the office would not accept bids below Sk30 million.

The 872-876 MHz/917-921 MHz band is close to the GSM frequency that traditional mobile phone service providers use.

Instead, CDMA technology will be used, he said. According to statistics, CDMA is utilised by 259 operators in 100 countries. Among the operators there are global companies that provide phone services in this frequency range and various data services, including high-speed internet access.
The office began preparing the tender based on an application to assign frequencies in the 870 MHz range submitted by Slovak investment group Penta Investments, which applied from the Czech Republic. This caused speculation about whether Penta planned to enter the Slovak telecom market. But in the end, it did not submit a bid.
“Orange plans to use the licence for the operation of a mobile network in the band of 872-876 and 917-921 MHz for enhancing its portfolio of mobile data services and mobile broadband internet in the countryside where other possibilities for broadband connections very often don’t exist,” said Richard Fides, spokesman of Orange. “We want to use our experience providing mobile internet through 3G/HSDPA [technology].”

Often the only internet connection in the countryside

The strong demand is related to technical development and the increasingly important role the internet is playing in customers’ lives, he added. Currently, around 362,000 T-Mobile customers use mobile internet and their number is continuously growing, said Gargulák.

“For many locations in the countryside where the possibility of a fixed internet connection is missing, the 3G data network is a completely adequate substitute,” Fides told The Slovak Spectator.

Orange Slovensko had more than 320,000 mobile internet users as of the end of March.

Orange also provides mobile internet based on various technologies. The 3G mobile internet can reach 3.6 Mbps, while Orange plans to increase its speed this year to 7.2 Mbps, said Fides.
“Fixed and mobile connections are two alternatives, both of which have their weaknesses and strengths,” said Gargulák.

A mobile internet connection that uses broadband technologies can be just as fast, or even faster, than a fixed connection, he continued. It also frees a customer from being bound to a certain location. The only weakness, which also concerns voice services, is a dependence on weather conditions, said Gargulák.