Business is in steel, cars and IT

STEEL, cars, and information technologies: these are areas in which U.S. investment is concentrated in Slovakia. Major U.S. companies operating here say they appreciate the country’s business environment, but add that it should continue increasing its competitiveness. 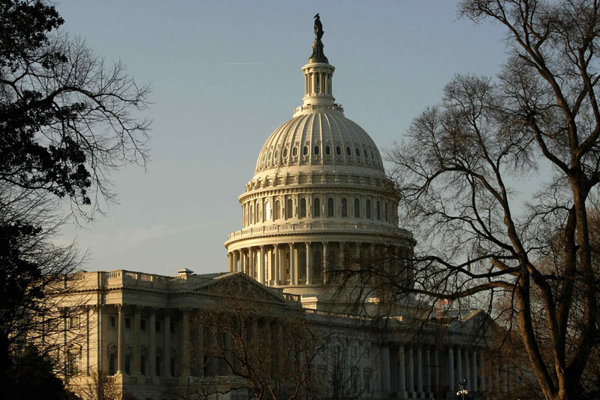 STEEL, cars, and information technologies: these are areas in which U.S. investment is concentrated in Slovakia. Major U.S. companies operating here say they appreciate the country’s business environment, but add that it should continue increasing its competitiveness.

Lack of qualified labour and the need to develop the education system are what U.S. companies consider the main challenges for the Slovak economy and society as a whole.

Based on statistics from the National Bank of Slovakia, the USA is the ninth largest investor in Slovakia, accounting for 3.3 percent of its total foreign direct investment. The volume of U.S. FDI in Slovakia reached $614 million as of 2006.

“However, if indirect investment is counted, the USA is ranked the third or fourth most important investor in Slovakia,” reads a study on economic relations between Slovakia and the USA by the Slovak Embassy in Washington published on its website.

Slovakia has an ongoing interest in U.S. investments in industries such as IT, automotive, chemical, machinery, pharmaceutical industry, biotechnology, and tourism, reads the study.

Veit Dengler, general manager of Dell’s European Business Center in Slovakia, told The Slovak Spectator that Slovakia’s economy is booming due to a business-friendly environment.

However, he added, investors do not like surprises when it comes to the conditions for doing business.

“We would not like to see any further changes to the business environment that decrease Slovakia’s competitiveness compared to other countries,” he said. “Slovakia also needs to tackle long-term challenges, such as the lack of qualified talent.”

The president of U.S. Steel Košice, George Babcoke, said that the company’s experience since coming to and investing in the business in Slovakia has been very positive and that U.S. Steel found a good, educated workforce that was receptive to new ideas.

He praised the cooperation with the government, U.S. Embassy, and American Chamber of Commerce.

“Working on critical issues, we have been able to create an environment where we have been able to reinvest in the business, socially support the region where our people work and live, expand the business into new markets and create opportunities for sustainable growth for our European operations and the company as a whole,” Babcoke told The Slovak Spectator.

However, as the region grows and the economy expands, U.S. Steel sees the need to continue to work cooperatively to ensure that the education system can generate the technically trained workforce and professionals that will be required to meet the needs in the future, he said.

Information technology company Dell has operated in Slovakia since 2002. After five years, Dell has transformed from a consumer centre into an European Business Centre with almost 1,500 employees.

Bratislava is the fourth largest Dell site in the region. It provides high valued–added jobs, said Dengler of Dell. IBM, HP, and Microsoft also have support centres in Slovakia.

Paul Bell, Dell’s Vice president for Europe, the Middle East, and Africa (EMEA), has said that the Dell centre in Bratislava is the first to integrate several activities such as finance, marketing, human resources, technical logistics, sales and others, the SITA newswire wrote.

Dell plans to expand its Slovakia-based activities considerably and become No. 1 in IT sales here within two to three years, SITA wrote.

Accenture Technology Solutions – Slovakia focuses on system integration, software, and outsourcing and employs more than 1,100 people in Slovakia. It has been active in the Slovak market since 1992.

In the banking industry there is Citibank Slovakia, which caters primarily to corporate clients. In 2002, it entered retail banking and started providing consumer loans. In 1995, the Citibank Overseas Investment Corporation established its Slovak division as a 100-percent subsidiary. The company is part of Citigroup, a U.S.-based financial group. The bank operates in Slovakia through its headquarters in Bratislava and 10 offices.

U.S. Steel Košice (USSK) is one of the largest companies in Slovakia. Based on the latest statistics by the Trend weekly, it is the third largest employer in Slovakia, with a staff of more than 13,000. The U.S. company took over Slovak steel producer VSŽ in 2000.

The revenues of the entire U.S. Steel concern grew by 7 percent last year to almost $17 billion. The Košice branch produced 30 percent of the volume of the revenues, wrote the Trend business weekly.

“When you look at projections for GDP growth in the regions that we serve, we see an environment for continued economic expansion, especially in Central and Eastern Europe,” Babcoke told The Slovak Spectator.

While the economies of Western Europe are projected to grow at a more modest pace, the growth projections for this region should support demand for the major markets that USSK serves, such as construction, appliances, packaging, industrial equipment, welded pipes, radiator production, and especially the automotive industry.

Molex Slovakia was the first to establish itself in the Kechnec industrial park near Košice. It produces connections, components and sub-systems for the automotive industry, telecommunications and computers.

Molex Slovakia exports 97 percent of its output, while three percent is supplied to Volkswagen Slovakia. Sixty-five percent of its export is destined for EU countries, 20 percent for the Middle East, and the rest for the USA. Molex supplies connectors and other components for electrical-engineering firms like Nokia, Sony, Siemens, and others.

Johnson Controls has been operating in Slovakia since 1993. Currently, it employs 3,300 people in seven localities throughout Slovakia. The company produces seats and auto interiors. In 2007 it established its Automotive Business Centre in Bratislava, which provides primary business processes in the fields of finance, purchase and information technologies.

Global white goods producer Whirlpool started its operations in Slovakia in 1992, when it produced almost 100,000 washing machines in Poprad. By 2006 that number had already risen to 1.78 million. The company is now capable of producing 2.2 million units. Whirlpool Slovakia employs nearly 1,500 people in Poprad, but this figure varies according to the season.

Electrical engineering company Emerson was established in September 2001 from a company formerly named Vuma, in which it bought a share in 1994. The company employs 2,500 people in Nové Mesto nad Váhom.

Plastipak, which produces plastic packaging, is based in Kechnec industrial park. In 2007, the president of Plastipak, William C. Young, told Slovak Economy Minister Ľubomír Jahnátek that he considers Slovakia one of the most attractive destinations for Plastipak’s activities based on studies ordered by local managers and investors from the chemical industry.

Glass manufacturer Johns Manville Slovakia is based in Trnava. It was founded in 1995 and manufactures non-alkaline aluminum, borate and silicate coated E-glass, glass and mineral fibers. Until 2003, the company had operated under the name Skloplast.

“This event is an important milestone in the history of our company,” said Mihir Kotecha, Getrag Ford Transmission executive director at the opening of the new plant. “Through the introduction of a new technology, we are entering the automatic transmission market. We are thus opening opportunities for significant growth of our company and our partners, meaning customers, suppliers, Kechnec, Košice county and Slovakia.”

However, ON Semiconductor, which has been active on the Slovak market since 1999, announced this May that it is going to shut both its plants for production of semiconductors in Piešťany and transfer it to its other production plants.

The production should be terminated within 12 to 18 months. Its complete shutdown is scheduled for the fourth quarter of 2009.

“Our decision is not related to work results or engagement of employees in the Piešťany plants,” Keith Jackson, ON Semiconductor's president and CEO, told SITA. “This step is part of a long-term strategy to be able to compete and be effective.”

The shutdown of two production plants for production of semiconductors in Piešťany will result in the loss of 400 jobs, with staff reductions to start in May 2009. Around 200 employees will continue working in Piešťany in so-called global support centres, which provide customer service to America and Europe. According to the company, its development centre in Bratislava will also continue operating.